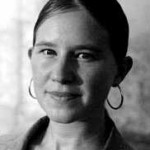 Eula Biss brings it in “Notes from No Man’s Land, ” her collection of essays published this month. Touted (and praised) as a book about race, “Notes” is that and more. “Opening a different kind of dialogue is where I see a possibility for me to do something meaningful as a writer,” says Biss. Identifying the lack of discussion about race as a “chronic problem” in this country, Biss works to create a conversation where we don’t “police each other so closely,” where we can think clearly about race because “we aren’t afraid of saying the wrong thing or being exposed as racists.” The title essay of “Notes” is about moving to Rogers Park, and while Biss is a relatively recent arrival, she’s already endowed with the signature Second City directness, both outing Chicago as a “hyper-segregated city” and asserting that it will take more than one election to end racism. “Part of my project is to be as forthright as possible,” Biss says. (Meaghan Strickland)