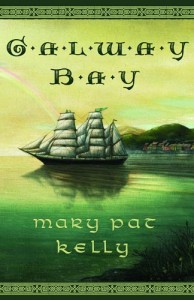 An epic novel that documents one family’s emigration from Ireland to the United States during the great potato famine—Chicago, in fact—Mary Pat Kelly’s enormous epic “Galway Bay” paints a picture of the nineteenth-century Irish-American experience with thrilling, if a little overwhelming, results. Let’s face it, though—there was no way this book could’ve been short. Gritty, though not as gritty as “Angela’s Ashes, ” and romantic, though not in an abysmal “Far and Away” way, Kelly weaves her plot with historical intricacies and brilliant observations that could only come from an authority on the subject. Spanning six generations, Kelly’s most impressive feat is her ability to naturally allow space for the passage of time. A former nun, Kelly’s an award-winning documentary filmmaker and former producer on “Good Morning America” and “Saturday Night Live,” plus has a PhD in Irish literature. “Galway Bay” is a meaty novel, rich with color and hope. (Tom Lynch)