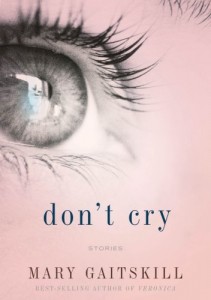 Acclaimed novelist and essayist Mary Gaitskill comes to Harold Washington to discuss her career, which, to the frustration of many, has only produced two books and three collections of short stories since the publishing of her first, “Bad Behavior,” in 1988. Maybe it’s for the best, however, as an overabundance of Gaitskill’s various tales of sexuality, sadomasochism, death and self-image would shove some of us over the edge. Her work is haunting not because of the explicit content, but because of her writing’s humanity, life’s treachery, the comfort-and discomfort-found in everyday pain. “Veronica,” Gaitskill’s 2005 novel, focused on two female friends, one who has contracted AIDS. This is no tearjerker. You want sugar, give Mitch Albom a ring. “Don’t Cry” is her newest collection of shorts, released just this week, at it features more snapshots of lives lived with thunderously beating, profusely bleeding hearts.  (Tom Lynch)

Mary Gaitskill discusses “Don’t Cry” March 26 at Harold Washington Library Center, 400 South State, (312)747-4300, at 6pm, as part of the “Writers on the Record with Victoria Lautman” series. The event is free.