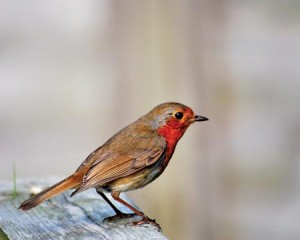 Like many top-secret missions, this one hit a few bumps: some recruits failed to show up, a large corporation had frozen their accounts and the press was, of course, following them closely. But for Lauri Apple and Seth Gershberg, co-founders of the live-networking experiment known as Twitter Island, such snags could not stop them from their objective: To watch strangers “tweet” at each other from within the same room.

“I have friends who live down the street who don’t call me, but will tweet or Google-chat me to tell me how lonely they are,” says Apple before the project begins. “What is driving these choices we’re making, and are we cognizant of the emotions that result from these choices? With Twitter Island, we’re telling people they don’t have a choice to talk to each other-they have to use technology.”

The first Twitter Island, which takes place today, March 28, invites thirty volunteers to create an anonymous Twitter account, and then tweet for ninety minutes at the Chicago Art Department. TI tweeters follow only each other, and are instructed to use the microblogging platform as their sole means of communication. Apple and Gershberg, who also participate, are eager to see how the group responds to their limitations and their anonymity: will tweeters take advantage of their anonymity to allow the “true self” to come out, or will they remain polite knowing their rival might well be their neighbor?

Though the project has planned to feed questions into the “conversation” through a control group, the number of no-show volunteers leads to the formation of one large, free-flowing group. Tweets emerge slowly (dinosaurjrCAD – “I’m cold”) and simply (MintyCAD – “@dinosaurjrCAD agreed!”), covering topics like NCAA picks, the broken heater and the surprising number of photographers swooping in and out of the group. Complaints abound. Some giggles flutter from a far corner, but otherwise silence weighs on us awkwardly, as all eyes remain on their screens. The conversation turns towards Twitter itself, and a new string of questioning emerges: Do you tweet? Why do you tweet? What is Twitter even about? It doesn’t take long for someone to pipe up: mrgrievesCAD – “I think Twitter is about the conversation, the connecting.” Seconds later comes the reply: islandCAD – “And [helping] everyone feel ultraunique by showing everyone their ‘ironic’ wit and taste in music and movies.” No one refutes.

When time is up, Apple and Gershberg ask the group a few questions, videotaping their answers. Most people state that they are pleased with how the experiment had run, in spite of their digital whining. When asked whether their lack of anonymity had something to do with the sudden changes in heart, Apple laughs. “Possibly!”

The laptops begin to click shut. Participants gather their things, and, as they leave, a final tweet appears: flanCAD – “been nice not knowing you all.” (Jaime Calder)

[…] *Big yawn: on the Twitter front, an update on @platea’s Twitter happening I blogged about a few weeks ago. UPDATE 4/4: NewCity reported on what happened during the Twitter Island project discussed in that same blog post, here. […]