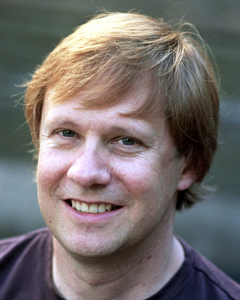 Jon Ginoli founded Pansy Division in early-nineties San Francisco out of frustration more than anything else, to confront typical gay stereotypes and show that there are no boundaries, no limitations, in music. The pop-punk band—which consisted of all openly gay members—released its first record in 1993 on Lookout!, and by 1994 had some mainstream success with second album “Deflowered.” (The group opened for Green Day on the “Dookie” tour.) Unknowingly, Pansy Division had helped spearhead the Queercore movement, with a little help from some good-spirited, filth-laced lyrics. Ginoli’s written a memoir chronicling his experiences in the band—a band that’s still making records—called “Deflowered: My Life in Pansy Division,” and as far as rock ‘n’ roll autobiographies go, it’s a terrifically fun read. You get your typical rock band stuff-the band fights, the label battles, the sex and dope-but with Ginoli’s bent, it seems to have, hmm, more purpose? (Tom Lynch)