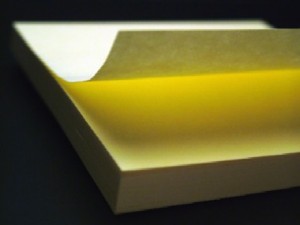 Think of it as sort of a literary event for writers with ADD. Created several years ago by former “This American Life” producer Starlee Kine and cartoonist—and former Chicago resident—Arthur Jones, the Post-It Note series is exactly as you’d imagine, writers and illustrators presenting works on Post-It Notes, with a little help from a slide projector. The charming method of storytelling came to life years ago when Jones worked as a graphic designer at a marketing company; Kine had booked a literary event at Hideout and asked Jones—who was not a writer—to contribute a piece. The doodles Jones crafted at work out of shear boredom became his inspiration as he conjured a tale through the little sticky Notes, projected it onstage and narrated. The pair have a come a long way since, striking a deal to draw twelve animated shorts for Lexus and even performing at Seattle’s Bumbershoot Festival. Tonight, the day after Jones and Kine’s appearance for the “This American Life” taping at the Chicago Theatre, they bring the Post-It Note series to Hideout, where “This American Life” contributor David Wilcox and local artist Derek Erdman supply stories as well. (Tom Lynch)