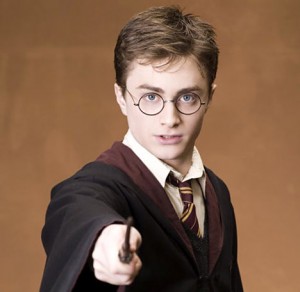 Muggles across the country have already booked their ticket for “Harry Potter: The Exhibition,” which made its much-ado’d world premiere at the Museum of Science and Industry on April 30. This well-oiled showcase features more than 200 beautifully crafted costumes and props from the Harry Potter film juggernaut. The temporary space is packed with iconic movie artifacts presciently salvaged from the films’ production, including Harry Potter’s glasses, wand and the Golden SnitchTM. The museum staff dons black robes and faux English accents to further submerge guests in a fantasy realm. Noise is sure to be an issue, with jittery children riding fanatical adrenalin highs and promos blasting from screens in every corner. This is less a museum exhibit and more a Warner Bros. marketing attraction. Much like Planet Hollywood, it is a chance to ogle memorabilia from the films. Because it was created by Warner Bros. Consumer Products, “Harry Potter: The Exhibition” makes little mention of the literary phenomenon on which the films were based. J.K. Rowling’s name appears fewer times than Robert Pattinson, the swoony actor who played Cedric Diggory and has since gone on to “Twilight” fame. In fact, the only time the books—instead of the movies—make an appearance is at the end…in the gift shop. (Laura Hawbaker)

“Harry Potter: The Exhibition” runs through September 27 at the Museum of Science and Industry, 57th and Lake Shore Drive.