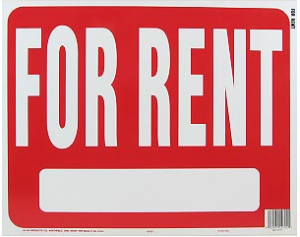 In Wicker Park’s casual, dimly lit Easy Bar, thirty people make their way around the front space by the bar, ready to find their perfect match. Some wear nametags lined with red to indicate they’re looking while others wear blue nametags to show they’re in need… of a roommate, that is.

“I sent out tons of emails,” Kadavy recalls. “I was on the verge of having a nervous breakdown.” After some encouragement from a friend, he decided to try his idea of getting people looking for roommates together at a bar to have drinks and socialize. In 2008 he was looking for a temporary place in Chicago and decided to set a meet-up group here.

Between Chicago and San Francisco, there are now 1,600 Flatmate Meetup members about 390 of which are in Chicago. The meet-ups are held once a month at Easy Bar, with the exception of two gatherings last month—one of which was in Lincoln Park

For Karlene Hanko, this is her second time at the meet-up. Last month she attended her first meeting and found a roommate but they now have an extra room and are looking for a third person.

“I think it’s great,” Hanko says of the program. “You get to see the person face-to-face and weed out the weirdos or people who are too young or maybe don’t fit your style.”

Kadavy, a self-described entrepreneur, says the idea of turning it into a business intrigues him especially since Web sites like Craigslist are having trouble meeting the market.

“I’ve been exploring the idea of developing a space for the business,” he says. “But right now I’m just concerned with growing it.” (Beth Wang)