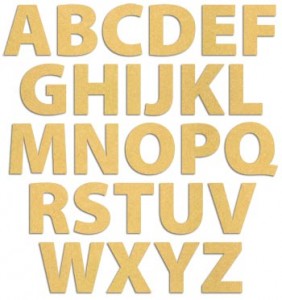 Transamoeba Gallery occupies a large room with wooden floors that looks like what’s behind the curtain of a stage: red swiveling chairs, large white cabinets and walls painted forest green with mirrors, photos, paintings, cell phones and cameras nailed, glued and screwed to the wall. On a large screen an image from a projector reads “1st Semi-Periodic United Drunken Spelling Bee of America for All,” or SPUDSBAA, as some of the competitors have come to call it.

“I’ve seen others have drunken spelling bees before,” says contest judge and event coordinator Mary Bowman on the bee’s origin. “I really like spelling and I wanted people to come. Honestly if I had it my way there wouldn’t be any drinking, but I think nobody would come without being able to drink.”

Fourteen competitors stand in line waiting for a small stage and a microphone, some with drinks in hand and some without. For those with drinks, they must chug for three seconds before they attempt to spell their word, and those without must take a shot of the judges’ choosing. These are the rules.

Otherwise, everything operates just like a normal spelling bee. There’s a buzzer for any incorrect spelling and a “sexy whistle” for anyone who gets to advance to the next round. Words thrown out there in the first round include “gnostic,” “schizoid,” “prodigious,” “heliotrope,” “orifice.” If a competitor misspells a word the judges are free to throw them a curveball for redemption—one competitor had to recite the first line of “famous English poet” David Bowie’s song “Five Years,” for instance. People are both nervous and excited.

The winner of the bee is Mindy Whitmore, who successfully completes the spelling of “Narcissus.” The grand prizes offered are one of two things: a stuffed unicorn and a “mystery box.” Mindy takes the mystery box, which is in the end filled with a vinyl LP of “The Eagles’ Greatest Hits.” “What will I do with it?” Whitmore asks. “I have no idea…I don’t even have a record player. I might see how long it holds up playing Frisbee in the yard.” (Micah McCrary)