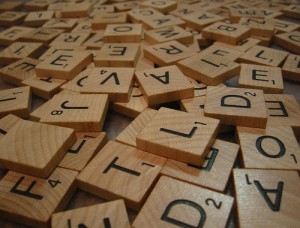 Scrabble has been broadening players’ lexicons for decades. This day, November 14, the game proves to take that dynamic a step further at the annual Scrabble for Literacy Challenge, held in the Grossinger City Autoplex. All proceeds go towards adult and family literacy programs, in addition to the Jump Start program, which helps incarcerated youth.

“It’s kind of amazing,” says Dorothy Miaso, executive director of Literacy Volunteers of Illinois. “People are often surprised at what our literacy rate is in the United States. Generally we are thought to be one of the most powerful countries in the world, but national studies indicate that almost twenty-five-percent of the adult population have literacy problems.”

Player Steve Hartsman goes by the anagram “Trashman.” He’s not having the best of days. “I started off three-and-oh, had a great morning, and have lost all three this afternoon,” he laments. “So I went from being one of the contenders to one of the pretenders, and lost all three in heartbreaking fashions.” Earlier in the day Hartsman made some impressive plays: “Well I had a triple-triple—140 points—‘parities.’ That’s by far my highest scoring play, but I also had a non-bingo for 99 points. I played ‘quezal’ (a Latin American bird). The ‘z’ was on a double letter and it was a triple word, so that was the highlight of my day.”

“I think that literacy is empowerment,” says Amy Arthur, a volunteer at AmeriCorps. “We have some clients who have mental disabilities, and won’t ever be able to read ‘War and Peace,’ but if we can teach them how to read a sign at a bus stop so that they can catch the bus by themselves, you know, that’s huge. It helps them to have a more active role in their own lives.” (David Stockdale)