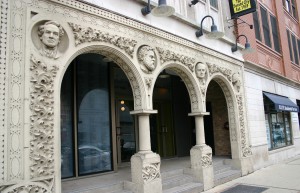 “BOOM! Detective Michael Scarn! I’m with the FBI!” yells Michael Scott, Regional Manager of Dunder Mifflin’s Scranton branch. “Boom! Boom! Boom!” he continues as he shoots everyone else in the room. “I’m not even in this scene!” one classmate says.

That’s a scene from NBC’s “The Office, ” but perhaps it’s the picture you get in your head when someone mentions improv classes.

It’s not surprising that Carell performed at Second City, which for fifty years has been a breeding ground for famous comedians and actors, a list far too long to even really consider fully. Just glancing at alumni from the 1990s is mind-boggling: Carell, Amy Poehler, Tina Fey and Jack McBrayer—all on every Thursday night on three of the best comedies currently airing—plus Amy Sedaris and “The Colbert Report”’s very own Stephen Colbert, and that’s just a recent sampling.

Though Second City is branching out and offers classes in other areas like music and directing, writing and improv is still the main focus. Clearly, the program has done wonders for aspiring actors (“Professionally speaking, no matter what type of acting you’d want to do, the study of improvisation will always benefit you,” says Kerry Sheehan, the President of Second City’s Training Centers and Education Programs), it also attracts people with no interest in landing in Hollywood. “People learn how to listen, support, share, stay in the moment and work as an ensemble,” says Sheehan. For others, “This is their therapy,” says Operations Manager Aaron Sjoholm. “It’s a good stress reliever and makes people more comfortable on their feet.”

Improv classes, which are available for kids from 1-to-18 as well as adults, meet once a week for three hours and the students learn how to play together—no Michael Scott stunts here—and create restageable scenes. At the end of the term, they put on a show, which Sjoholm says is the only time some of these people will ever be onstage. “When the lights go out, they’re supposed to come out. A lot of times they don’t get that,” he says with a laugh. “We’ve had to turn the lights back on, then off, wait. Nothing.”

The improv writing classes at Second City focus heavily on collaboration, with teams brainstorming ideas together and rewriting scenes. The goal is to spark creativity and build confidence, which improves writing and helps the students gain an understanding of how to create active scenes and learn the actors’ process. And, like any other school, there are weekly homework assignments.

“Some of the famous people that came out of Second City not only performed on our stages but taught in the Training Center,” says Sheehan. Jack McBrayer, best known as the ever-lovable Kenneth the page on “30 Rock,” is one of those former teachers. “He used to spend hours preparing for each class, take really detailed notes on all the students and give them a ton of personal attention and feedback,” she says. “He was a real natural in the classroom.” Doggone it, Jack. You’re pretty swell, d’ya know that? (Kelley Hecker)