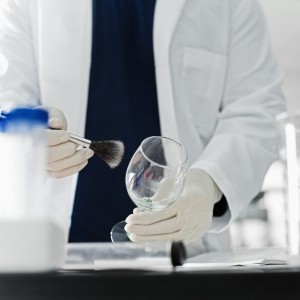 Part of our disillusionment as we journey into adulthood is learning there is no such thing as a school for crime fighting or a major in being an international spy. Fortunately Northwestern offers something nearly as neat in a three-course foray into forensic science. Although the real-life career options are a lot more varied than shows like “CSI” would have you believe, not everything is exaggerated for the small screen; real-life courtroom activity is equally riveting. For instance, to recreate a blood splatter on a wall, a squishy bag (made to mimic a human body) may be filled with red dye and stabbed in the manner suspected to create similar splatter on a screen for a jury.

Northwestern’s Forensics Professional Development Program introduces students to the different areas of specialty in forensics, which have CSI-sounding names like Blood Splatter and is a part of the School of Continuing Studies (SCS), which allows non-degree-seeking students to enroll in certificate programs without an application to the school or a time commitment beyond their desired courses. The program consists of three classes, offered during the fall, spring and winter quarters. Upon completing the required coursework and attaining a satisfactory grade on tests and assignments, students receive a Certificate of Completion.

Though each class is taught in a lecture-style format (sorry kids, no field trips to perform autopsies), the staff’s resumes alone should ensure that the lectures are anything but snooze-worthy. Its three faculty members each hold down full-time jobs in the trenches of forensic science. Terry Dal Cason is a Forensic Chemist with the Drug Enforcement Administration and teaches Introduction to the Forensic Sciences. Karen Strauss teaches Forensic Evidence and the Law and can count blood-splatter analysis among her specialties due to a former position as a federal prosecutor dealing with international heroin distribution. Cook County Medical Examiner Nancy Jones teaches Investigation of Death and Death Scenes. She was the one who declared the death of Board of Ed President Michael Scott to be self-inflicted this November.

Dal Cason’s class provides a look into the science behind gathering and analyzing forensic evidence. Each week he has a different guest lecturer on a different topic. “Because he is so well known in the field, he can really pull the most famous people nationwide,” says Strauss. Lecture topics include Blood Splatter and Ballistics (matching bullets with their weapons and bullet-wound analysis) as well as guest lectures by the likes of nationally recognized Dr. Sandy Zabell on DNA.

Strauss teaches each lecture herself in Forensic Evidence and the Law. Offered during winter quarters, the course is a look at what actually gets into the courtroom, what doesn’t, and why. Students analyze cases, discussing what outcomes were or should be. The class will also be walked through authenticating a forensics exhibit—verifying that the artifacts taken from the scene of the crime are in fact those same items. This involves a different set of steps for a “fungible” (non-unique) item such as a Coke can, rather than something one-of-a-kind like a photograph.

Students will also become familiar with what kinds of expertise someone needs to testify. When it comes to evaluating “level and trail” (determining the position of the victim when they were wounded based on height and location of blood stains), any police officer is considered an expert and thus can testify. On the other hand, a DNA analysis may require someone with a doctorate.

“The students [are my favorite part],” says Strauss. “[They] bring in all kinds of interesting questions. A detective in Chicago, a fingerprint expert who was doing fingerprint analysis in Iraq on behalf of the U.S. Armed Forces to identify snipers. The people who are in this class are fascinating.”

Perhaps the most grisly of the bunch, the spring quarter’s Investigation of Death and Death Scenes deals with a medical examiner’s commonly used laboratory methods and strategies used during the medical and legal investigation of human remains and death scenes. Like Dal Cason’s, this course is taught mostly by specialist guest lecturers. Topics include Decomposed and Skeletal Remains and Thermal, Electrical and Lightning Injury, plus Jones herself on Sharp Injuries and Blunt Trauma.

Classes consist mostly of college graduates who want to change or advance their careers. For instance, someone with a nursing degree who wants to make the switch to forensic nursing might simply need the course to provide background knowledge. Other typical students include journalists looking to improve their grasp on terminology (i.e. describing an Uzi as a rifle is clumsy on a police beat), first responders, detectives, nurses, forensic psychologists and psychologists, and high-school teachers looking to entice their students into science with forensics.

“One of the things I have found in the program is the students learn a lot from each other—what I call cross-fertilization,” Strauss says. “If you have a lot of police, nurses, biochemistry technicians and psychologists, it becomes this very interesting discussion.” (Emily Torem)