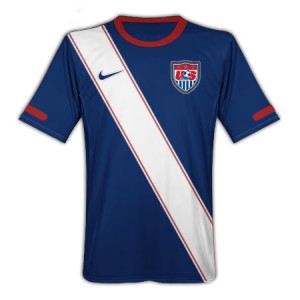 With millions of residents directly from, or descended from, and with at least sporting allegiance to, many different foreign countries, Chicago is a perfect city to get a taste of just how popular soccer is all around the globe come World Cup time. For the next month (June 11-July 11), South Africa hosts thirty-two countries’ teams vying for the title but with all the events going on in Chicago to celebrate the World Cup, you might think it was 1994—when the U.S. hosted and games took place in Chitown—all over again.

Splashy ‘n’ Big
There are more Mexicans in Chicago than in most Mexican cities, and our southern neighbors’ squad—nicknamed El Tri—takes on host-nation South Africa on the tournament’s first day. If you can get away from work downtown for a little bit, check out the full-day viewing party in Daley Plaza. There will be a giant screen to watch the action. It’s free and kid-friendly (see World Cup mascot photo ops). Mexico plays South Africa at 9am and France takes on Uruguay at 1:30pm.

The next day, June 12, North Siders—and anyone willing to trek up there—can enjoy games in Montrose Park, right off the lake. The first game starts at 9am as Nigeria plays Argentina and at 1:30pm the U.S. takes on Britain to settle the old colonial grudge. Usually considered somewhat of an ignorable team, the U.S. enters the Cup riding high off of a win over number-one-ranked Spain.

For Chicagoans not able to fly to South Africa, the best place to watch the Cup finals on July 11 has to be inside of our own Soldier Field. There’s one game to watch but the festival on the field goes on from 8:30am to 5pm with an interactive World Cup Village, fashion show, Bastille Day festivities and a slew of other kitchen sink-like attractions.

All Day, Every Day
Every day will be a special event at the many bars and restaurants that will be showing games and offering food and drink specials and extended hours. If you can find a spot, these are some of the most essential places to try and catch your favorite team kick it on television.

The Globe Pub
This public house ain’t no bandwagon football bar. World Cup or not, The Globe airs soccer all year round and has earned a reputation as one of the best places to watch a game. Because of this, it should be fairly busy throughout the Cup but if you can grab a stool or booth, go for it. The kitchen is normally open until midnight so you can nosh late. The house specialty is the “traditional breakfast,” of two eggs, bangers (sausages), rashers (bacon), black and white pudding (mixture of meats, fat oats and bread. The black variety comes with blood. You know, for health.), grilled tomato, hash browns and toast. 1934 W. Irving Park, (773)871-3767.  www.theglobepub.com

The Galway Arms
The Gallway Arms has good food in big portions, is comfortable and beautiful inside and a hardcore football bar. As the name suggests, its an Irish joint, but even though Ireland didn’t make it to the Cup this year, Arms will be showing games every day throughout the tournament. 2442 N. Clark, (773)472-5555. www.galwayarms.com

Chitown Futbol
In the winter, this Pilsen facility is bustling with indoor-soccer-league action. But they also have an in-house restaurant and more than a dozen HD screens as well as a couple projectors and will put them all to good use showing every game of the World Cup. Viewing is free and food and refreshments can be purchased. 2343 S. Throop, (312)226-1988. www.chitownfutbol.com

Fado
Apparently Fado is the official soccer bar of U.S. Soccer and while we’re not sure what that means, exactly, we do know that they will be airing all sixty-four games of the World Cup. Good enough for us. Breakfast, lunch and dinner menus are available to make sure you don’t go hungry or thirsty during marathon viewing sessions. 100 W. Grand. (312)836-0066. www.fadoirishpub.com

There’s also no need to just live vicariously through the stars you see playing on television. Kids and adults have some opportunities to impersonate their favorite footballers in addition to watching them.

Mundialito
This one is for the tykes and translated to English means, “little world cup.” Kids six-twelve can take part in this tournament at the same indoor soccer facility that will air all the World Cup games. So you can drop off the kids and go watch the games you really want to see. Chitown Futbol, 2343 S. Throop, (312)226-1988. www.chitownfutbol.com

Drink Specials
Like language, full immersion is one proven way to learn the ways of soccer. All the aforementioned spots will serve you well to that end. But if you want a more posh experience that will allow you to safely dip your tootsies into the futbol world and get back to your world unscathed, there are plenty of nice spots with drink specials.

Carnivale World Cup Cocktails
This pan-Latin cuisine restaurant and nightspot will offer country-themed drinks like a Strawberry Caipirinha inspired by Brazil ($9.75), Spanish-style Sangria, Vino Verde of Portugal and, of course, Margaritas to rep Mexico. Sip these drinks and look sharp while watching games during their regular hours in Carnivale’s lounge. 702 W. Fulton, (312)850-5005. CarnivaleChicago.com