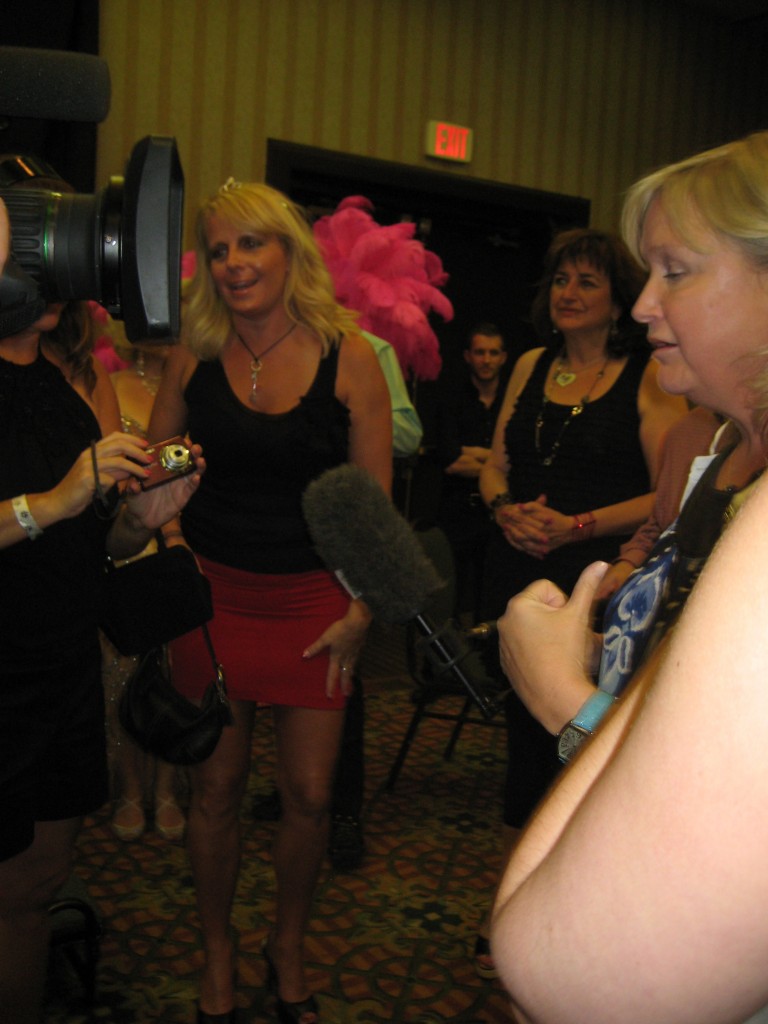 A thin tan blonde in a sparkly top, jeans and high heels holds hands with a guy in shorts and a polo as they attempt to surreptitiously run through the Embassy Suites Rosemont O’Hare parking lot to the car. It is a moment right out of high school, but this isn’t prom. It is the 2nd Annual National Cougar Convention. This woman is probably twice the age she was when she went to the big dance. Her new date likely still gets carded at the liquor store.

If you stumbled upon the convention, you might think you were at a bar mitzvah: the DJ’s futile attempts at music that appeals across the generations, the awkward guys standing by the wall and the moms breaking it down on the dance floor. But then you would realize the guys aren’t quite that young, and while the middle-aged women might be moms, they aren’t dressed—or acting—like it. These are “cougars,” in all their red-stilettoed, tan-legged, leopard-print-wearing glory.

The event, with upwards of 200 attendees, aims at bringing together cougars (older women interested in younger men) and cubs (younger men interested in older women), but attracts a wide audience that also includes younger women and older men. While some cougars and cubs seem to be in their natural environment, most look curious, surprised and somewhat uncomfortable to be at such a unique singles event.

Best friends Cynthia and Carol both got divorced a couple years ago. They decided they needed to “get out there” and start meeting people. “We try to do new, crazy things, and this seemed pretty crazy,” says Cynthia. But this is “weird. Really weird.”

Rich Gosse, the keynote speaker and organizer of the event, recently published a book titled “The Cougar Imperative: Why Midlife Women MUST Choose Younger Men for Love and Romance.” Gosse, who found his wife Debby at a singles convention he organized, hasn’t followed his own advice: Debby is younger than him. Gosse says he used to date older women, until he got “too old.”

But technically, Gosse says, you’re never too young to be a cougar or too old to be a cub—just so long as you’re looking for the right age differential. Frank says he’s still a cub, even though he’s turning 60 this year. “I’m older than some of the cougars, but still at my age, I am attracted to older women. I think they’re smarter and funnier. Most of my life has been with older women,” he says. 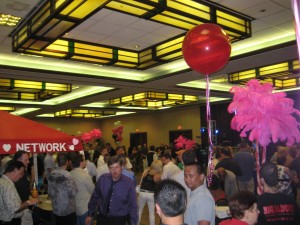 Gosse’s argument for the cougar imperative is founded on two primary principles: That younger women want older—and wealthier—men, and older men want younger women. The cougar imperative is essentially playing the odds: young men and older women should simply take what they can get, and hopefully end up with somebody with whom to spend the rest of their lives, or at least one night.

Cougars at the event cite the energy, vitality and attractiveness of younger men as attractions. “They’re healthier, they usually don’t have as many disappointments in their relationships so they’re a little more open. They like to talk more. They like to kiss more. Old men don’t like to kiss very much at all, or they’re not very good kissers,” says Lynn.

The women seem divided on the term cougar, saying that calling women cougars only shows how much farther society has to go before really accepting older women dating younger men. “I actually hate the term, to be honest,” says Carol. “Instead of it just being an accepted practice that at some point a woman could date a younger man, it has to be named. It annoys me.”

A number of men at the event say they enjoy a woman who takes control, and appreciate older womens’ experience in the bedroom. Srikanth says his friends are unanimous about the appeal of older women, and he suggests an Oedipal element to the attraction. “Me and my friends agree that older women can give more love and passion than younger women because they are very experienced, because they might have already raised a kid, which gives them experience to give that love and passion,” he says.

For all their praise of older women, the cubs attending ultimately vote in favor of younger women: Amy Roberts, crowned Miss Cougar America, just turned 36, barely squeaking by the age requirement of 35. Every male attendee was given a golden coin to give to the woman he believed should win the title, and Roberts came in first with forty-one coins. Roberts didn’t come to win—her best friend “begged me into coming here,” she says. While not a self-described cougar, Roberts does have a boyfriend eight years younger than her and says, “Once a guy reaches 30 they kind of get crusty.” (Ella Christoph)

[…] have to become a cougar, an older woman who dates younger men. Maybe even Miss Cougar America! (Yes, there’s a pageant.) I think they’ve got this pageant backwards though. Evidently, the young men vote for Miss […]