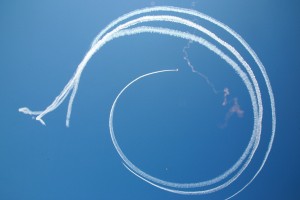 Photo: Courtesy of the Mayor’s Office of Special Events

“If you can get on a boat, you’re going to see a really terrific [view]. You can see the planes against the background of the city, ” recommends Gerry Souter, co-author of “The Chicago Air and Water Show: A History of Wings Above the Waves.” He says “it gives them a scale and also makes them a heck of a lot faster.” The best way to get on a boat, Gerry says, is to have a friend with a boat, but if you can’t obtain a boat or a friend by this weekend, he recommends North Avenue Beach. Janet Souter, co-author of the book and Gerry’s wife, attended her first Chicago Air and Water Show with Gerry in the sixties, back when it was held at Lake Shore Park at the end of Chicago Avenue. She met Gerry at the Art Institute, which they graduated from in 1952. They never guessed they would be writing about the show they saw in the sixties, along with ones before and after, but when The History Press asked if they would like to, they jumped on board. Literally. Last summer, Janet boarded the AT-6 Texan for an aerial view of the festivities. “I got to experience the dips and the rolls and the turns,” she says. “At one point we were flying straight up and we were upside down.” Janet says she loves watching routines by the smaller planes and especially enjoys aerobatic Sean Tucker’s routine, but she never expected to be up there, topsy-turvy in the air one day. “We’re not really aviation people, so to speak,” says Gerry, although he’s flown in balloons, jet fighters, and single-engine planes. Janet says she’s even less of an aviation person than Gerry. “I’m still trying to sort out all the different types of aircraft. Gerry’s better at that than I am.” (Ella Christoph)

The Chicago Air and Water Show, 11am-4pm, August 14 and August 15, along the lakefront from Fullerton to Oak Street. Free. 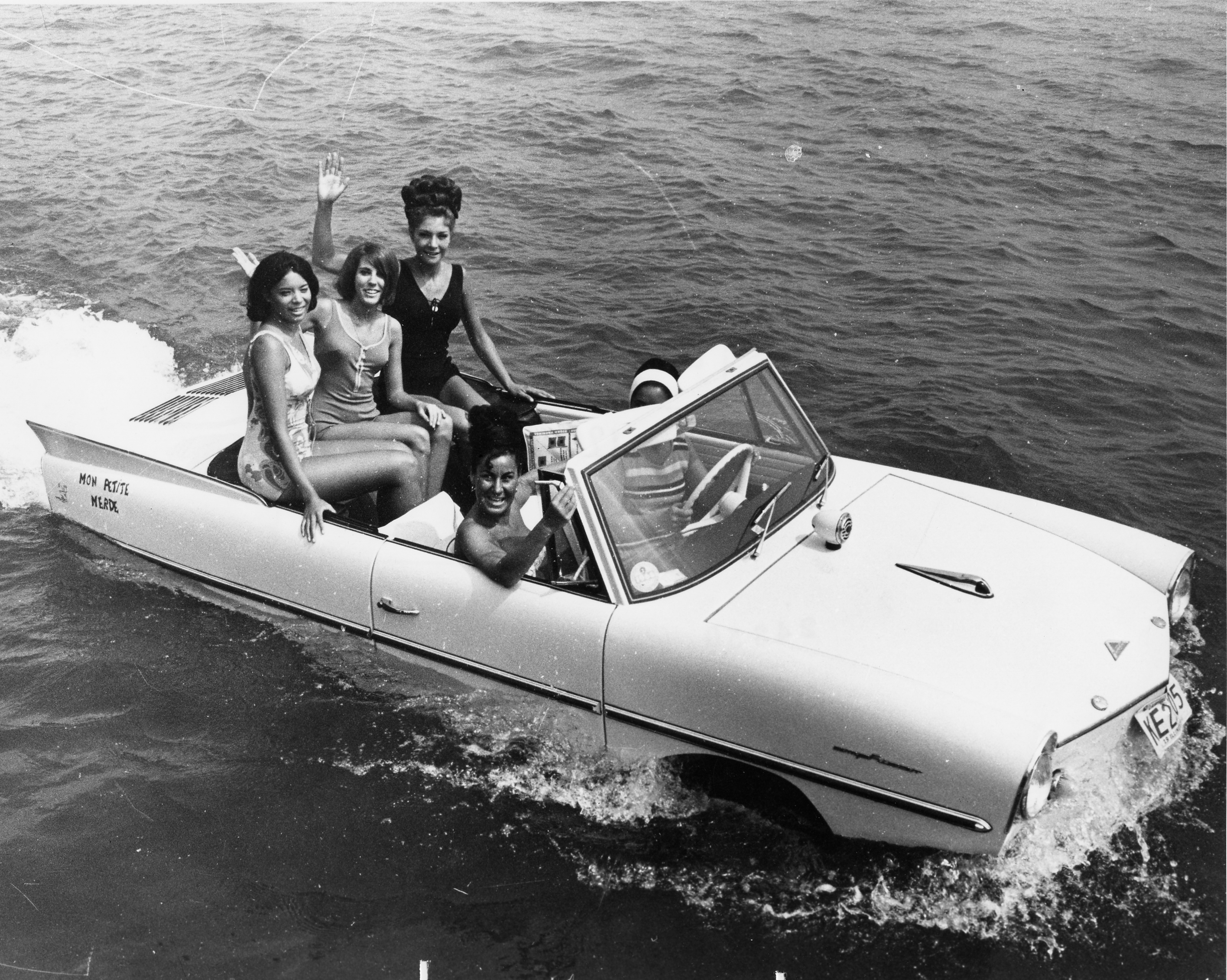 The Amphicar, with candidates vying for the Miss Mermaid crown, was a feature at the Air and Water Show in the mid-1960s./Photo: Courtesy of the Chicago Park District