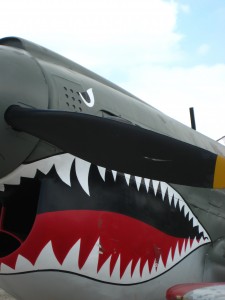 Henry “Hank” Winkler (yes, that’s his real name), says that most people discover Sugar Grove’s Air Classics Museum by chance. This is certainly understandable. A slew of warplanes locked up behind a metal fence in the middle of seemingly endless farmland is not an easy site to miss.

Now in its twentieth year and still run entirely on a volunteer basis, the museum offers a diverse and dedicated clientele an extensive look at aviation history.

The planes are the main attraction. Replicas donated by locals and retired aircraft acquired through the military, including a Bell UH-1H chopper used regularly in vertical envelopment operations in Vietnam, greet visitors. Other highlights of the collection include the massive restored Grumman F4F-3 Wildcat—relocated from O’Hare—and the McDonnell Douglas F-4 Phantom with a menacing skull painted on its tail.

Two additional buildings feature sizeable collections of military garb and model planes donated by the families of aviation enthusiasts. A barn plastered with Polish Air Force paraphernalia houses two massive jet engines, one of which powered a B-52 bomber. 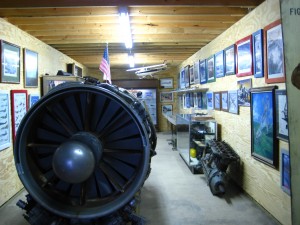 Story boards offer general as well as personal histories, most notably that of Sgt. Paul Linden, who along with Winkler, has volunteered at the museum for several years. Linden, a decorated World War II pilot who flew thirty-nine missions on the Pacific front, can clearly recount his unpredictable days of aviation training when asked, but he jokes, “Twenty-five missions went out the door.” Along with his compatriots he firebombed much of Japan.

When asked about his lifelong interest in aviation, Winkler simply replies, “Because they’re airplanes.” He then points to a J79-GE-15 engine, a large, aging contraption of propellers, tubes and braided steel, and says, “If you can’t understand why I like airplanes, then you just don’t get it.” (Emma Ramsay)

The museum is open Saturday-Sunday from 10am-3pm, though Winkler insists that “as long as we’re here we’re open.” airclassicsmuseum.org