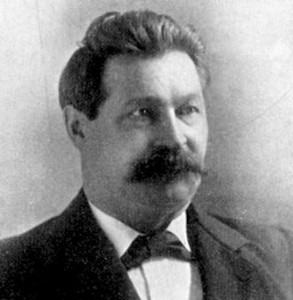 The real Sausage King of Chicago

In between such overly familiar tourist attractions as Navy Pier or Wrigley Field are the unsung Chicago landmarks. In “Ferris Bueller’s Day Off,” for example, Matthew Broderick proclaimed himself “Abe Froman, Sausage King of Chicago” in a Gold Coast restaurant on West Schiller, between Dearborn and State Parkway. Adolph Luetgert was known as “Sausage King of Chicago” because he put the body of his murdered wife in a sausage vat of a Lakeview meat packing company on Diversey, between Ashland and Damen. Domu.com, a web-based listing of Chicago apartments for renters and landlords, has created a historical map of Chicago with all the things we wish teachers taught us in history class. The project started out as a simple interactive map for the domu.com users to learn more about an area they may want to live. Domu’s Andrew Porter and John Kristoff created a basic Google map and “as we began to get deeper, we unearthed more and more history. The list kept increasing in size and we were permitted to grow along with it,” says Porter. The map now has twelve categories of Chicago history and more than 500 entries. Categories include oddities, mobsters, residents, tragedies, alumni and more. “We got a little carried away but we were really excited about it,” Porter admits.

As the project developed, “We wanted to make a walking tour of Chicago: people can literally explore the city, block by block, and know where something happens” explains Kristoff. Will living in the same building as Frances Brown, murdered in 1945 by the notorious “lipstick killer,” William Heirens, lure a potential renter after learning the brutal details involving a shot to the head, a slice to the throat, and a body drained of blood? “I don’t know if it will help someone decide to rent,” admits Porter, “but it’s interesting.” Since its release last Monday, the historical map has had more than 8,000 visitors, a good omen for Domu’s goal for the project, to “create name recognition for our site and drive traffic to us,” says Porter. (Tiana Olenwick)”