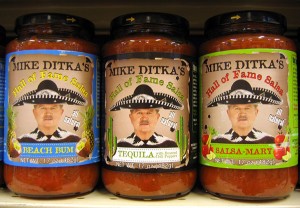 When we’re tired of our serpentine politicians, our slimy talk-show hosts and our punch-wielding punk-rock singers, we’ll always have Da Coach.

Who, more than Mike Ditka, has the loudest, largest mouth? He’s Chicago’s coach of coaches, the man who shepherded great glory long ago but could never stop talking.

A buffoon of a magnitude far greater than the boundaries of a football field, he fought for public smoking in bars and restaurants, even as those stricken with cancer sat on the other side.

A hypocrite, he questioned Jay Cutler’s toughness for not playing hurt, despite serving as spokesperson for the Gridiron Greats, a nonprofit that raises funds for retired NFL players, some who fall on hardship due to injuries sustained while they played.

A blowhard, who once said, “If God had wanted man to play soccer, he wouldn’t have given us arms.” (OK, that’s a little funny.)

Ditka’s our kind of fool. An unapologetic, insensitive, dominating bear who’d use your tears as a condiment on his foot-long Polish.

“Myself, I would have had to have been paralyzed to come out of the game,” Ditka said in the aftermath of Cutler’s unfortunate exit from the NFC Championship. Damn right Mike—we’re sure after hearing that nugget of searing intelligence Rutgers’ Eric LeGrand jumped from his bed and immediately started following you on Twitter.

You can’t blame television for giving Ditka a microphone and a face full of makeup. Reality TV isn’t on every dial for no reason. We practically ache for his moral deficiency—we slam him after he speaks, always, only to shrug and welcome him back. Chicago won’t change the locks on Ditka. Because he’s our fool.

But it’s a good thing he’s unable to stop and think—if he ever knew the spell he had on us, he might run for office. (Tom Lynch)