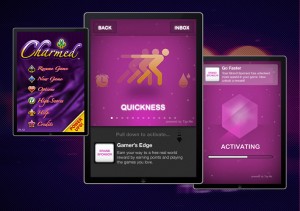 The guys at Tap.Me, a developing mobile in-game ad platform based here in Chicago, readily admit no one likes being sold something. Not even them.

“We’re gamers. And pretty much all gamers hate advertising,” says Tyler Crane, one of Tap.Me’s developers. “But if we were known as the guys who fixed advertising, that’d be awesome.”

The idea behind Tap.Me is to find the most non-intrusive way to make ads in mobile gaming as beneficial as possible to the gamer and the advertiser. Since the mobile-gaming market supernova late last decade (between the summer of 2007 when it debuted through the fall of 2010, Apple says more than 1.5 billion games have been sold for the iPhone alone) the standard way for advertisers to reach audiences has been through banner ads that often completely halt game play. Most users hastily click past, often only interacting with them by mistake. Tap.Me creates context around advertising, tying the characteristics of a brand to a game’s mechanics through optional “power-ups” that give the user a bonus in the game and potentially in real life as well. For example, a user chooses a speed bonus sponsored by Redbox (who the group has already struck a deal with, though the specifics haven’t been made public), and could possibly see a discount on their next rental. And while the average engagement rate of a regular banner ad might be around .03 percent per day, Tap.Me has found that users opt in nearly 5 percent of the time. Certainly not the majority, but it is unquestionably a giant leap forward.

“Our platform caters toward gamers’ competitive nature,” Crane says. “If we’re playing the same game, and you didn’t opt in for any power-ups but I did, I’m going to get a better score, because I’m sponsored by, say, Red Bull. It’s part of the appeal.”

Tap.Me was born out of the need for developers to find a way to not bother users, not simply by tricking them, but actually providing a service. “We don’t expect people to say ‘wow we really love this advertising method,’” says developer David Ballard. “But if it’s not making them angry, and it’s adding some value to the game experience, that’s a win.” When Ballard and a few of his friends from the Tribeca Flashpoint Academy finished school, they began establishing their own game-development shop. One of their earliest products, a puzzle app for the iPhone called BitFlip, would find success—it was downloaded nearly a million times. But, the team estimates, 80 to 90 percent of those downloads were pirated. It was at that point they realized a solution was needed to make their business profitable.

“We were a team who wanted to do this for a living,” he says. “We had literally hundreds of thousands of copies of this game that had been stolen basically, we had to think ‘how do we monetize those people?’ Advertising is the first choice, and when you look at the available solutions, banner ads have a miserable engagement rate, and they aren’t going to do much for you unless you have a serious amount of users.”

So with Tap.Me, the goal is essentially to get gamers to participate through ads, not around them. It’s about fusing the line between game and ad. As developers who’ve seen their product fly off the shelves while their pockets remain empty, they realize the need to tap into advertising for revenue. But as gamers themselves, the guys at Tap.Me aren’t so comfortable with the word “advertising.” They prefer “sponsorship.” “With advertising, you’re forced to see something when you’re experiencing something else,” Crane says. “But with sponsorship, like in NASCAR, whoever has more stickers is going to get paid.” (Alex Baumgardner)