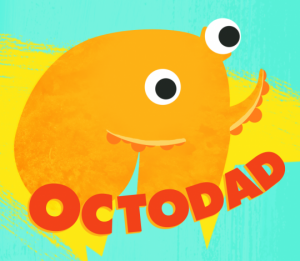 The production of video games is, or always has been, profoundly depersonalized in modern culture. Individual vision is routinely sacrificed for profit in the over-ten-billion-dollar industry. As developers are incorporated into monolithic companies like Electronic Arts, pressure increases for blockbuster sequels and creative risk decreases, a trend that plagued the most recent E3 video game conference in Las Vegas. For a similar reason, games are commonly seen as the products of artisans, not artists.

Thankfully, this environment of stifled creativity has an alternative in the vibrant sub-industry of indie developers. While balancing financial concerns, independent developers local to Chicago manage to develop challenging, whimsical and sometimes utterly bizarre games.

Take “Octodad,” an absurdist spin on the adventure genre developed by DG3, a group of DePaul University students who recently formed the Young Horses development team. After a brief, colorful cinematic, the game immediately drops the player into a disorienting control scheme. Navigation of the main character, an octopus, defies genre conventions, with clicks and slides of the mouse moving your character elastically around on his tentacles.

“Everyone says that about indie games,” Zuhn says. “You’re allowed to go crazy with your ideas because you’re not beholden to a publisher or even to a mass-market. You’re free to make something not as many people will like.”

This is exactly what the DG3 developers did, deciding to create a game that was off-puttingly experimental both in storytelling and mechanics.

“There are a lot of things that we did specifically to be experimental, even if we knew people wouldn’t like it,” Zuhn says. “There were times we had to outright ignore what our play-testers said.”

The end result of this experimentation is frustrating at first, and liberating by the game’s end. It illustrates the unique potential for game mechanics to embed story and character into the play experience itself. When the player has to awkwardly use the movement capabilities of Octodad to drag a mop through a spill in the kitchen, the process is jerky and unwieldy—but to some extent, it’s supposed to be that way. The game mechanics encompass the absurdity of the game’s premise.

“We kind of went with both [experimental gameplay and story], because the idea of the game could not be divorced from either,” Zuhn says. “The story had to be this weird story about an octopus. The mechanics had to be these weird mechanics about flailing someone’s limbs around. It just kind of formed that way.” 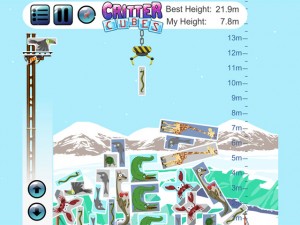 Yet such creative risks require a precise balancing act, My Escape developer George Hufnagl says, which deflates the myth of unbridled creativity in indie game development.

“The competition is extremely fierce. If you’re an independent developer, unless you win the lottery…” he says, trailing off. “It doesn’t mean you don’t have a good game. It’s just, how do you have the power to climb through all that mess?”

“There are groups that do super well working independently, who want to make games on their own terms,” he comments. “On the other side of the fence—and we kind of dance around this—we want to make games full-time, but it requires an income.

“We have to find a way to be able to have our own voice in the development process, and also get some sense of income,” he continues. “So what many developers do is find an established mechanic, like the stacking genre, which has hundreds, maybe thousands of games based on it, and you put your own thumbprint on it,” he adds, referring to My Escape’s well-received 2010 release “Critter Cubes.”

“We have to take the perspectives of the play-testers into consideration now,” he says. “Because if we want people to pay for the game, we’re going to have to be a little nicer to them.”

Artistic compromise, then, has an inevitable place in game development. But the independent community continues to provide a fertile ground for experimentation. Says Zuhn: “They like things that are odd or new—that play around with what games are.”