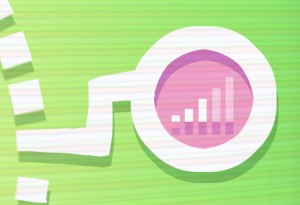 In August I had my fortieth birthday. I spent it alone, online, having short, 140-character or less interactions with people, some of whom I know, some of whom I don’t, in status updates on Facebook. I wasn’t particularly thrilled with the idea of celebrating the moment when I toppled over the hill anyway, and vacillated about how to mark it until it was too late. At midnight on the appointed day, I found myself with no plans whatsoever, drinking in bed with my laptop, just myself and the electronic glow of the screen. It felt good to have at least the option of reaching out to others this way and yet, as the congratulations and well-wishes began to tick down my wall, I found myself wondering, “Is this it?” Have we lost, or are we in danger of losing something that makes us integrally who we are as human beings that this has become the standard mode of our communal interaction? I’ll admit, I was happy to have these people out there, somewhere in the world, conscious of and willing to reach out to me on what I felt was the last, biggest birthday milestone of my life (that is, unless I make it to one hundred, but by then I’ll probably be senile and it won’t matter anyway).

Why didn’t I just call up a few of my friends, go pop some bubbly, and top off the night with a good vomit into my hat? Have I really become so afraid of the world, so much less self-actuating, that sitting in bed with my laptop is really good enough for something as classically a huge deal as my own fortieth birthday? Yes, it was nice to have all these birthday wishes online. But has relying on the conventions implicit in technology made me less critical of the choices I make about my own life, less creative in my solutions?

It felt off to me. And no doubt, this is an example of just how fully and effectively technology has managed to come between how I think about myself and my relationship with others in the world. While it somewhat vaguely resembles actually having gathered together in a room with all these people, I’m also acutely aware of just how isolated and alone I actually was. But when and how exactly did scrolling status updates replace the warmth of other people actually gathered together in a room? When did I somehow implicitly accept this as a choice for how I want to live? My encounter with the world out there and the people in it, as mediated through my computer screen, is a choice I seem to have made without knowing it, a choice that at best only parallels my actual social needs, wants and desires. 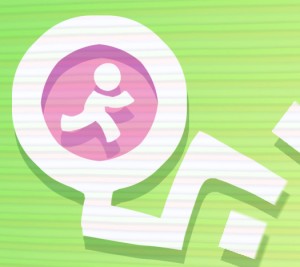 I think it started when I began to define my outlook based on the choices the software out there had given me to select from. Somehow, my available range of options, as written into a code background few of us, if any, ever engage with directly, has intervened on how I interact with the world. My Facebook profile and how I think of and feel about myself just don’t mesh all that well. Or at least feel as different from my communicating with a group of people online, instead of with a group of people in a messy “IRL” world—where I could actually throw up in my hat in front of them. The challenges of technology go back to long before Facebook’s current degree of social popularity, even including long before (our evolving understanding of) social networks themselves; before sixdegrees (the very first social network) and Friendster (which was founded as a dating alternative to Match.com, thus lending our current social networking fascination its roots in electronic dating and “connection”).

In other words, it began with the great subject of many authors’ discussions surrounding the subject—and this is a thread in literature going back through Asimov and Pynchon—is how our technologies limit and traduce our life-choices. For instance, a practical example that Zadie Smith points out is how, when you use Facebook and go to enter in your “interests,” there’s a predetermined list of interests to choose from. There’s no option for “ideas.” Adapting to this reductive image of ourselves does something violent to us, shreds our humanity, makes us desperate for a recognition of who we are where none is available.

Binary choices are the norm: straight/queer, good/evil, if/then, either/or, instead of neither/nor, an acceptance of the unknown, of risk-taking, of subtlety. It’s amusing that the idea of calling someone a “tool” as an epithet is an invention of computer-era fashion. Clearly, it can feel almost second nature now to reach for technological solutions to virtually every problem we face, even if a technological solution can’t help us solve those problems. We just refresh the screen. As we contend with the increasing imposition of these binaries on our ability to think through the range of our available choices, our sense of self, our systems of ethics and morality, our sexuality, the way we understand our own minds, all these ways of understanding ourselves and the world we live in are subject to reductivist received wisdoms. 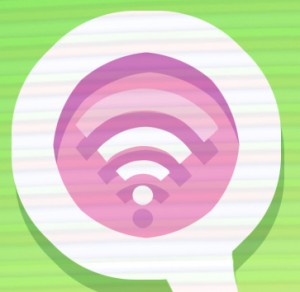 And on some level, I suspect we recognize the inherent inability of our new technological society’s capacity to make life meaningful for us. Doing so leaves us unprepared when the whole thing experiences a “crash” no different than when the Blue Screen of Death flashes across your monitor. In computer science, the test run to evaluate for functionality is eerily referred to as a “sanity test.” It seems to me this acceptance of our system’s flawed capacity has invaded even our use of language, such that we describe a hospital patient in a near-death state of fading vitals as “crashing,” or there’s the example of the “crash” of our market systems in potentially world-destroying economic downward spirals. We expect our technologies to fail. And yet, all too often we’re still compelled to take comfort in its binaries.

More than just celebrating the passing years of our life alone in a dark room, we’ve adapted to technology on such a granular level, it’s easier to simply accept a limited number of available options. And we do so even if, taken to their logical extremes, it fosters a culture and societal impulse toward willing self-censorship. And where that system failure crosses over into defining our sense of ourselves as human beings, we must seek out the subtle distinctions that separate us from the tools standing in the way of the kind of society we want to become.