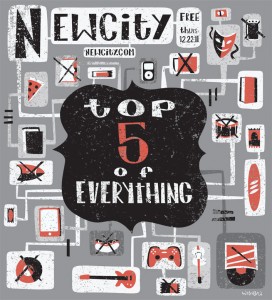 Happy holidays Newcitizens! To keep you from passing out in the eggnog, we bring you OUR annual tradition, the Top 5 of Everything. And we mean everything. Seventy-three lists in all. By the time you finish digesting them, it will be 2012. See you then. 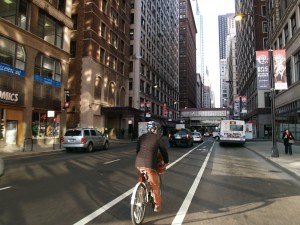 Top 5 Good, Bad or Interesting Findings by the Pew Research Center in 2011
A few less people are pointing at events like Snowmaggedon and saying, “See?! I told you global warming isn’t real! Stupid Al Gore!”
An overwhelming majority of Americans, blue and red both, saw the debt-ceiling negotiations as “ridiculous.”  Which, of course, they were.
Most teens say their peers are “mostly kind” on social networking sites.  That means that even if kids are dicks to each other, they at least choose to do it in person.
Only nineteen percent of college presidents think we’ve got the best university system in the world. So basically what they’re saying is the US has become the world’s safety school.
Three out of ten of your friends would rather text you than call you. Eight of ten if you happen to be Gilbert Gottfried.
—Eric Lutz

Top 5 of Everything 2011: Bars and Nightclubs

NC-
Love Pam Wishbow’s art for Top 5 this year.
You are spot on with surprise resto closings, Treat and Kith and Kin. Both dear faves and will be missed. Heard there is an upside to the Treat closing. Better things ahead for founder and chef? Any light you might be able to shine?