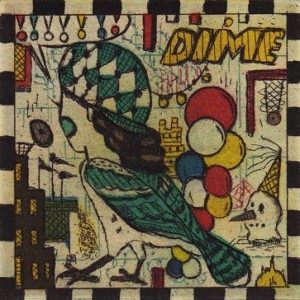 "The Dime Girl" by Tony Fitzpatrick

“‘Hope’ is the thing with feathers” —Emily Dickinson

On occasion, I entertain the idea of joining bird-watching organizations or the Audubon Society, because I am a lover of birds. It makes sense to be among like-minded people whom one can learn more about birds from. It does… until you meet them.

Bird-watching groups are full of the “birdier-than-thou” crowd who lug their dog-eared Sibley and Peterson guides around in an L.L. Bean field bag and appraise you from head to toe when you make their acquaintance.

I’ve attempted to blend in with the bird-wise on a few occasions over the last three decades. One time, I found myself not far from Cape May, New Jersey on the day of a big gathering to count birds as they migrated; this being one of the optimum migration paths in the country.

I signed up and paid my fee, bought a fancy-schmancy bird guide and a shoulder-bag and took the bus down there from Philadelphia, absolutely as giddy as a school girl to be among the birdy elite.

Let me tell you, Bunky, I was ready. I brought a new moleskin, some sketching stuff, washes and watercolors and ink. I brought my old Army binoculars that I’d won in a card game, an outdoorsman vest and a pair of hiking shoes. I looked like Tony J. Bird-Guy. I got to the Cape May observation point and started to mingle among my people, the Bird-Wise.

And let me tell you, a more contemptible collection of insufferable, snotty pukes, you will never meet. When I got there, it was clear that a lot of these people knew each other; lots of Sierra Club t-shirts and crushed boonie-hats–some adorned with one or two feathers. A lot of very expensive outerwear and many people sporting zinc-oxide on their noses.

About twenty-five feet from the crowd, I quickly surmised there was really nobody for me to talk to, so I fired up a cigarette. No sooner had I done this than a pinch-faced old bitch in a jumpsuit and a John Deere hat sprinted at me. She was apoplectic–stamping her feet and snorting, “You CANNOT DO THAT HERE!”

I honestly didn’t know what the fuck she was talking about.

She screamed, “SMOKE! You can’t SMOKE here, fella, this is a sanctuary for BIRDS, sir!”

I calmly told her that I was outside and technically, that meant I was in the world’s-largest smoking section. I also told her that the birds didn’t give a fuck if I smoked or not. She then started stamping her feet and turning in a circle and yelling, “You will put that out this instant!!!!!!”

I started laughing because it was so ridiculous–this eighty-year-old lady was acting like a fucking two-year old. I decided that I’d be goddamned if I allowed myself to be bullied by this fossil. At this point, a slightly younger old guy came over and said, “Do what she says… at once!”

Now I got pissed. I told him I was too nice a guy to slap the shit out of a spoiled and entitled old lady, but I promised him I’d have no problem stomping his wrinkled ass and that he should find another place in Cape May to be an asshole and that he should bring the whirling hearse-bait with him.

Soon I had all of the room I wanted in Cape May, New Jersey—word had circulated amid the khaki-clad geeks that I was not good “birder people.”

When I was a kid I saw a goldfinch on the ground. From a ways off, it looked like a clump of dandelions and when I got close, it exploded to life a bright yellow whir of feathers and sound like a tiny sun. It flew almost straight up into my face and I could feel a slight whoosh of warm air, and then it was gone. It was magical in a way I didn’t understand—how it was one moment inanimate, and the next, it burst to life.

When I got home, I tried to convince my mother that I had seen a dandelion turn into a bird and fly.

My father had a heart attack when I was five. My grandmother came to live with us to help my mother with me and my seven siblings. Every morning she would toast a piece of bread and spread some jelly onto it. She’d then break it into small pieces and throw it out the back door for the birds. I was shocked. In a family of eight kids we were taught it was a sin to waste food.

I asked my grandmother, Mamie, why she was giving our bread to the birds? Why she was wasting food?

At first she ignored me and just looked out the window and listened with this wistful half-smile on her face. After the third time I asked, she held her finger up and quietly said, “Listen…”

And for the first time I heard it… blackbirds, sparrows, house finches and mourning doves.

My Grandmother looked down at me and said, “For a piece of bread, you can hear God sing.”

[…] Theater, Midnight City, in Chicago (extended to October 19!). He opened with a story about his false start at becoming a birder at Cape May in the 1980s. Thankfully, he’s met some birders here in Chicago, that are uh, a bit less wound up. I had […]