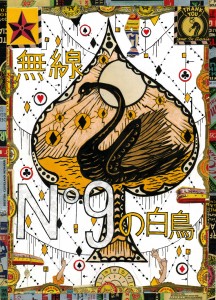 A guy is walking on bowling balls, trying to string noun and verb together.

He is wearing one of those green plastic I’m-an-asshole hats with a big shamrock on it.

It is Saint Patrick’s Day. Anthony Potenzo stands outside of Three Aces on Taylor Street. No way this jadrool is getting in: “Keep walkin’, lunchmeat… We got no green beer here… Keep movin’…”

Anthony turns to me and with a sad smile says, “One of your people.”

Meaning Irish. I have no defense—the guy’s hair is redder than Bozo’s man-bush. I shake my head and look down in shame.

It is nights like this that Anthony has to be extra-vigilant—”New Year’s, St. Patty’s Day, opening day at either ballpark. It brings out your hobbyists, amateurs, pukes.. and on those days, T? I despair of the species.”

I’ve known Anthony forever—back when he wore a suit and was one of the front-of-the-house guys at Jilly’s, on Rush Street.

It wasn’t really my kind of place, but I’d met Anthony repeatedly at Steve Earle’s shows and he was a rabid fan, so we became fast friends. He ran Jilly’s with another great host—Stan Wozniak—who would routinely hand my friend Dave Hoekstra two shots of tequila with the words: “Sure you can do two of ’em Dave… Don’t go gettin’ all girly on me.” (I no longer drink, so anyone with me has to do my drinking for me.)

Between Anthony and Stan, Jilly’s became a regular hang for me, just to hear the repartee between those two. Jesus they were funny—still are.

Big Lyle Aker is slightly smaller than a two-story brick building. He is Anthony’s partner at Three Aces. Perpetually smiling, he is the kind of Boston Irish guy who’d have been quite at home in the film “Boondock Saints.” He wants to start a Facebook page called “Things Anthony Potenzo Says,” and, honestly, it would not at all be a bad idea.

Lyle smiles and says in his Boston Irish: “Anthony’s speech  has a certain… flay-va.”

Here is  a small-plate sampling:

“Rapini… I’ll eat the ass out of some rapini. Hey, it ain’t like it’s spinach.”

“I’ve worked with, in the restaurant business, every kind of human. Ma-rone, you have NO idea, I’ve worked with guys who admit to having sexual congress with a chicken, sex with poultry… and they wondered why I didn’t.. Like, what’s wrong wit’choo?”

On prostate exams: “The thumb in the plum?…Nah, uh-uh, NO! Not for me. I consider this an EXIT. No on-ramp here, Butchie.”

On even the hint of racist banter: “I hear any a’ that shit in here I’ll slap the fuckin’ white right offa’ you—I’ll hit you so hard your dead relatives will feel it, wake up and go ‘What the fuck?'”

Any conversation with Anthony is a linguistic treat.

He speaks in a language that rolls up its sleeves and goes to work—a musical stew of Chicagoese, hip-cat poetic and gangster patois—or what Anthony refers to as “G-Ball.”

Three Aces is what you would get if you served four-star food in Keith Richards’ basement.

It is mercifully free of hipsters, douchebags, frat boys and ass-hats. It is mostly working people who like rock ‘n’ roll, lots of guys in the trades and business guys, lots of folks with tattoos, including all of the waitstaff and a smattering of creatives—though not enough to fuck it up. It is a fun place where you don’t have to dress up to go and get a really great meal.

The chef Matthew Troost is one of those quiet geniuses who lets his food speak for him.

The pizzas are amazing—who’d a thunk a quail egg would work on a pizza—all of the food is amazing.

But the real show is Anthony. He is a rarity, a genuine storyteller and bon vivant, the Toots Shor of Taylor Street.

Like his pal Donnie Madia, of Publican and Blackbird renown, people come as much to see them as they do for the food. Just don’t walk into Three Aces hammered and dressed like a tool (I’m thinking of you asswipes with your Cubs hats on backwards or your pants down around your ass), because he’ll tell you, “Keep walkin’, lunchmeat.”