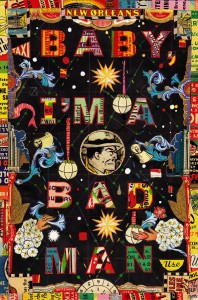 It is amazing how  easy it is to be the kind of guy women don’t like. Get caught laughing at an off-color joke, or worse yet, making one. Be observed staring a little too long at a pleasant ass or pair of breasts, and you’re a pig, a cur, a Cro-Magnon misogynist—and you just don’t get it!

I suppose women wear  low-cut blouses so you will spend more time looking at their shoes. She spends all of that time in the gym so you can have a meaningful discourse about clean energy.

Who  are you kidding? You want us to look—and you want us to long. Even nuns can’t walk by a mirror without checking to see if the new habit makes their ass look big.

I had a woman comment that a lot of the depictions of women in my work were shapely, comely types—what was my problem with real women? Actually, nothing—I just like drawing shapely, comely naked women—and what is it to you if I do? It’s not like I do this at your expense. I do it because I feel like it.

There are plenty of artists who draw and paint every kind of  body type so that everyone is represented—Philip Pearlstein comes to mind as does the late, great Lucian Freud. They painted all manner of women’s and men’s bodies.

In the canon, every physical type is represented. Some people just don’t like that we enjoy the Christina Hendricks model more than the Andrea Dworkin one.

Well boo-hoo, big fucking deal, and mind your own business. I don’t tell you not to drool into your rack every Sunday night over “Mad Men”‘s Jon Hamm, do I? Or try to stop your eyes from glazing over when the David Beckham commercial comes on, right?

“Game of Thrones” is earthy sex: full-on frontal nudity and bush shots. It appears, guys, that the bush is back, after nearly two decades of waxing and otherwise shaving the cookie. “Game of Thrones” is making an argument for the bush, in different hues and colors. There is also little-person sex wherein the Marlon Brando of the little people, Peter Dinklage, gets more pussy than Sinatra—and as well he should since he is an infinitely finer actor than Frank. In fact Dinklage carries the whole show. He’s the moral center who also fucks trollops like a wild animal.

I love this guy. He may have to stand on a box to kick a duck in the ass, but he is no slouch in the getting trim department. In fact many women I’ve talked to have quite brazenly told me “I’d fuck him—I’d let him ride me like the baloney pony.”

And then you have your prudes, who have to hate this stuff, merely because you like it.

Your Santorum-type-joyless-D-bags—the hall monitors. There is a very easy way of not being offended in this world. If you don’t like it? Don’t watch it. Every television I’ve ever seen comes with an off switch—and many channels.

Watch Lawrence Welk reruns—they’re on channel 17 on Comcast—and once in a while they’re fun. (I saw a cut-rate Conway Twitty-type singing “One toke over the line sweet Jesus…” with a wannabe Donna Fargo on it one night, from circa 1969. They thought it was a religious song. YouTube this fucker—damn it’s funny.)

Even “Mad Men” has had some raw sexual situations on it. Last week John Slattery got whistled by the cougar-y French mother-in-law of Jon Hamm’s character at a private awards dinner. Like I said—she was French.

Every time I think America is getting less puritanical—and hypocritical—the mouth-breathers come forth stamping their feet and running their head about what you and I should be able to watch. When feminists join in the fray, they align themselves with the crowd who would tell them they’ve no right to dominion over their own bodies. That they are baby-makers and this is their value—these are the voices that scare me.

More importantly, it might mean there is less nudity out there—and who the hell wants that?

Know this: When you see lots of naked people on television, banging like screen-doors, it’s a good sign that you are still free.