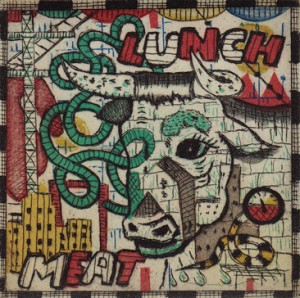 On May 16th, 2011, Rahm Emanuel became the fifty-fifth mayor of the city of Chicago. It was a laugher. He ran against a field of mostly nobodies, and wound up trouncing career Democrat and City Clerk Miguel del Valle in the primary. The Republicans mattered not a fuck because this is Chicago and we don’t elect Republicans. We would vote for the dead before pulling the pachyderm lever.

I can’t decide whether it’s the best or worst decision Chicago’s ever made.

It was the perfect lifeboat for Emanuel. Nobody liked him or wanted to deal with him in Washington, not even his own guys. Once King Richard II decided not to run again, after the 2016 Olympics wet-dream shit the bed and there would be no crowning glory or fifth star for the city’s flag, Daley wanted out. That his wife was so desperately ill had to weigh heavily into his decision as well.

The Olympics thing had to be a pisser. Only Chicago politics has a BIGGER gang of scumbags than the Olympic Committee itself had. It had to be like a roomful of pickpockets where nobody brought a wallet. Imagine that summit and how much silverware got stolen at a gathering for that grimy gaggle of assholes.

Rahm attacked the campaign trail with a Calvinist zeal, surprised to be among a citizenry that actually liked him. He was absolutely the Energizer bunny—or weasel, depending on how you feel about him.

A friend of mine was at a house-party fund-raiser for him when a question about the unions came up. He was in the company of the wealthy Democrats; in fact, who, since he got elected, seem to be the only people he spends any time around. You never find this guy further than ten feet from the power tit. Anyway, with a verbal wink to the wealthy Democrats within earshot, he reportedly said, “Unions? Fuck the unions. Nobody wants unions anymore.”

The guy I heard this from is a regular Democrat—he’s very wired, and he does a lot of business in and with the city. To put a finer point on it: He was at a fundraiser for Rahm. What one must understand is that rich Democrats in Chicago are Republicans anywhere else, and the most contemptible behavior visited upon working people in our city is perpetrated by the Democratic machine.

Say this for Rahm: He is not lazy. The guy works like a sled dog. His first one-hundred days in office were spent cutting fat from City Hall, and one must give him credit for that. He went from floor to floor, examining budgets and bitch-slapping those who would waste; taking away car services and making the fatasses get public-transportation passes. Stripping Ed Burke of his complement of six bodyguards (that’s right, six bodyguards)—you’d think the guy was Salman Rushdie.

I don’t know who is out to whack Ed Burke, but when I think about it, it’s obvious that it is a power thing between him and Rahm. It was an easy way for Rahm to humiliate him, and he took full advantage of it.

Say this, also, for Rahm: the guy is not a pussy. He loves confrontation and he loves being right. He was on his best behavior when he ran for mayor–damn near genial. Once he got elected, his more familiar imperious side came out. He does not like being questioned. He was a churlish tool in an interview with Rick Kogan. He is always testy with the press. He always lets them know with body language and tone that he is better than their paltry queries.

Kogan asked him direct questions and while Kogan is always a friendly interview, if he catches any hint of evasion, he’s always ready with a more pointed, and direct, follow-up. He is never impolite or rude, but you will never get over on him or roll over him in an interview—and it’s best not to try. Kogan is one of the best journalists in the history of this city, with a keen ear for spin and horse-shit, and he won’t abide it.

Emanuel fucked up. This could have been a moment to humanize himself and his task. Instead, he opted to be superior. His flintiness didn’t at all play in this interview. He came off like he is: petty and vindictive.

I have to admit that I don’t have the capacity to be fair to Emanuel. I’ve despised his ilk from the beginning. He is one of the new, squishy, malleable Democrats in sheep’s clothing that Bill Clinton brought into fashion. The assholes who supported the three-strikes law. The Death Penalty. NAFTA. The War on Drugs. These were the clowns who attacked symptoms with P.R. rather than a plan. The sensitive pricks who “felt our pain” rather than funding education, infrastructure and housing. They gave us the “Don’t Ask, Don’t Tell” band-aid, rather than a bold step forward for gay Americans in uniform.These are the Democrats who abandoned labor, working people and community organization (remember that term?). These guys cozy up to Wall Street and pimp out city work to private enterprise. I’m sure there will be NO bid-rigging or cronyism there…

It also wasn’t only the Republicans who let Wall Street and the banks fist-fuck working Americans with toxic mortgages. Hizzoner also was neck-deep in Freddie Mac, the company that dealt in an untold amount of grimy and toxic mortgages, not to mention endless political scandals and campaign contribution irregularities, and has never, to my satisfaction, explained just what the fuck his job was there.

Emanuel has damn near broken the Chicago Teachers Union; now he’s going to work on the firemen.

We also have the NATO gathering here. Obama knows Rahm very well, and he was smart enough to get the G8 the hell out of here after Rahm let it slip he would not be cowed by freedom of speech or a whole lot of pesky dissents. Kind of reminds me of another Democrat who preferred to govern by edict. Well, remember this, Mr. Mayor. The whole world is watching.