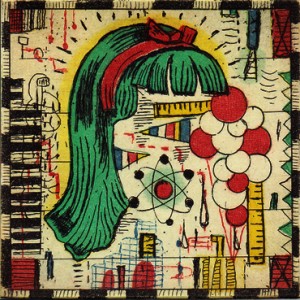 It seems every summer, Hollywood rolls out an Armageddon scenario—an over-dressed apocalypse-driven popcorn vehicle for the masses. And every summer, I watch the fucker. That the Aurora massacre has not hurt the box office of ‘The Dark Knight Rises” tells us much about ourselves. If we are optimistic, it tells us we are resilient; that we’ll not let a mad man keep us from living our lives and seeking our entertainment where we want to. The more cynical will blame the movie and the culture of these kinds of movies themselves. I actually love these kinds of movies.

I loved ‘The Dark Knight” and have probably watched it thirty times. Part of the appeal for me is just how great Chicago looks in it. I never can help liking to watch our city on film. The other part is Heath Ledger as the Joker, which is one of the greatest performances by anyone I’ve ever watched. Another element is all of the action bits, and shit blowing up.

Yeah, sadly, I’m that guy. I love when the Joker walks away from the hospital in a nurse’s uniform and then blows the building to kingdom come. I laughed my ass off. These are one of the kinds of movies I like.

It may have something to do with when I was born, roughly a decade or so after the dropping of the first atomic bombs in Hiroshima and Nagasaki. Yes, that’s how long these awful weapons have been with us.

As a kid, I remember the Vietnam war on the TV news every night at dinner time; the horror somehow muted by the small black-and-white television and the idea that this was happening on the other side of the world. Before I was twelve years old, there had been the brazen and public assassinations of JFK, his brother Robert and the Reverend Martin Luther King, Jr.

In my lifetime, the world has never ceased to be a violent, scary place, full of unexpected and varied mayhems. It is not a mystery to me where the entertainments we choose come from.

Does movie violence beget more violence? Years ago, I’d have told you, “no,” that movies get their ideas from people and not the reverse. Now? I’m not so sure. I’m aware that there are numbskulls out there who are way impressionable. A few months ago, the cops would have us believe that three knuckleheads here to protest the NATO conference were planning to toss a molotov cocktail at Mayor Emanuel’s, and then President Obama’s residences. They were really going to make a day of it. The three, including the requisite white-guy-with-dreadlocks revolutionaries, had beer bottles full of gasoline and Kung-Fu stars with which to penetrate the police presence, which was roughly that of a Cecil B. DeMille epic.

You can’t make this shit up. But it does make one wonder which video-game logic informed the Bong-triplets that such an idea was… feasible. It seems to me that these might be the guys who get their ideas from movies or video games.

I wish the rest of it were this comical. The other nuts seem to come by their idiotic ideas via whatever tin-foil hat political tract they happen to believe.

Last year when Congresswoman Giffords was shot in a massacre in Arizona, the Tea Party moved with the speed of a bullet to disavow Jared Loughner, even though their particular brand of hate was among his texts. In fairness, this wackjob read many extreme tracts, not just theirs.

If I had to guess, I’d say the culture of poisonous political discourse creates more of these drool cases than anything else. The angry white guys spewing venomous crap on cable news and radio: Hannity, O’Reilly, Limbaugh, Savage and for some reason, Ted Nugent, finds himself parsing the unappetizing Tea Party line with ugly hints of assassination… for whom? What possible good can come from this kind of speech?

I’ll defend to the death his right to it, but I’ve come to resent defending vile speech for the sole reason that we must defend even those whose ideas we find most repugnant.

Fuck, I’m getting old. I can’t quite defend the principles that protect assholes the way I used to.

Politicians are always quick to blame movies or popular entertainment for acts of madness and violence rather than their own over-heated rhetoric and that of their acolytes in the cable news world. The pro and anti-gun people will bray long and loud about guns. The truth is, were there not guns, this guy would have used hammers or a can of gas. One cannot orchestrate or understand the behavior of psychopaths.

Must there be tougher gun-laws? Absolutely.

Should we outlaw automatic weapons? Absolutely.

But this guy merely wanted a body count and his tool of choice is not the real problem here. I was looking forward to ‘The Dark Knight Rises”–the gadgets, the explosions, the cool bad-guys–all of the stuff I go to the movies for. Spectacle. Then I turned on the news and the story of one fucked-up American, with unfettered access to automatic weapons and ammunition, annihilating twelve people and injuring nearly sixty others became an unrelenting news loop; reminding us that, perhaps, we have the world we deserve.