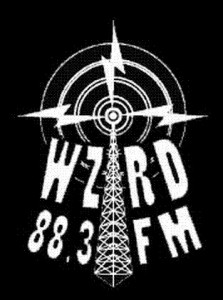 FM radio listeners know what to expect: plenty of pop, assorted classic rock and oldies, hip-hop and R&B, along with a few talk shows here and there. More obscure genres like punk and gospel might have their own stations, but in general FM is a rare place for the marginal, the alternative, or the eclectic—which is exactly why Chicago’s 88.3 FM station WZRD “The Wizard” stands out.

For more than thirty-eight years, WZRD broadcast a diverse array of music, news and opinion, giving airplay to emerging punk bands (as well as chant, blues, international and more) and provocative thinkers like Noam Chomsky. Founded as a student club at Northeastern Illinois University, WZRD proved a mainstay in the world of FM radio.

Despite longstanding tension between WZRD and Northeastern Illinois University (NEIU) administration, members of the radio station were stunned to find themselves locked out of their own facilities on a Friday in late June. With seemingly no warning, the University had placed the regular programming on a hiatus pending a review by committee. Initial reactions from WZRD staffers (simply referred to as “Wizards,” even when on the air) were emotional; as WZRD affiliate Peter Ali Enger remembers, “A couple of the younger students were actually crying.”

While the incident that led to the lockout in question revolved around an incoming officer for WZRD, the university and its radio station have long been at odds, according to Enger. Disputes about alumni and non-student membership, student member commitment to coursework and various FCC regulations have caused several flare-ups between WZRD and its sponsor, dating back as early as the mid-eighties.

Never before, though, had the University taken measures so extreme. In an official statement released on September 19, NEIU announced the radio station was under review “for potential violations to its bylaws and charter”; the station is operating with a skeleton staff in place while a pair of committees conducts their reviews. Despite the ongoing restrictions, the university maintains that it supports WZRD and its listening community, and that it is committed to the long-term success of the station.

The locked-out wizards seem to have little faith in this commitment. Immediately following the news of the university restrictions, the WZRD staff convened for a meeting. Their first plan of action was to preserve their voice through other media: Securing their Facebook and Twitter pages, WZRD set to work spreading the word about their plight, also creating a website (wzrdchicago.org) to further the cause. Response has been largely sympathetic for the station, with other radio stations like WNUR giving them airtime, and more than 500 petitioners signing on their pages at change.org.

Over their three-decades-plus history, WZRD Radio paved the way for alternative, underground programming on-air. With the only guideline for staff a mandate that DJs be freeform and eclectic, WZRD developed into a deeply counter-cultural and independently minded collective, one that drew generations of students to NEIU simply to work at the station. This alternative mindset seems to lie at the heart of the Wizards in exiles’ fighting spirit: Enger reports that they have refused help from other college radio stations they deem too corporate, and they have published their own newsletter airing their grievances and celebrating their uninhibited approach to broadcasting. As a newsletter, “The Wizard” reflects its writers, a wild patchwork of misspellings and opinions, but adding up to something (who is to say for sure) definitely outspoken—and undeniably unlike anything else. (Henry Ginna)