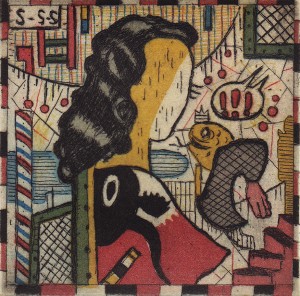 In the cinematic  pantheon of  scumbags, louses and all-around rotten motherfuckers, Hud Bannon ranks  right up there with the worst of them. He is amoral, unprincipled, selfish and brutish. He spends most of his time chasing all of the available tail in his Texas Cow-town. He is a  lousy brother, uncle and son; a loathsome ass-wipe who would sell cattle with  hoof and mouth disease in order to preserve his inheritance. As played by Paul Newman, his charm is damned near SO disarming we almost let Hud off the hook. It is to Newman’s credit  that he allows himself to be such an awful man. When Hud forces himself on Patricia Neal’s Alma, we rightly hate him and keep on hating him through the end of the movie.

Newman’s work is bookended by performances that steal the movie from him—the late, great Patricia Neal, and the towering Melvyn Douglas, both of whom won Oscars for their work in this magnificent American film. The film “Hud,” is one of my favorite movies; directed by the profoundly humane Martin Ritt, from Larry McMurtry’s novel “Horseman, Pass By”—one of those  enterprises that tried to capture the mid-century American West like “The Misfits” and “Lonely Are the Brave”—a cowboy movie informed by the twentieth century where all chivalry is dead and the lessons of the Depression and the Dust Bowl are still fresh in people’s minds.

All Newman’s Hud really knows how to do is drink, fuck and have a good time.

He is a bit like a down-at-the-heels George W. Bush, before Jesus got ahold of him and “changed his heart.”  He is one minor cut above a dude ranch “himbo;” stupid and selfish, and above all, entitled.  He is also a metaphor for what more refined (wealthier) Westerners  were calling “The New West”—the wide-open town culture of the cowboy was being marginalized. Big corporate ranching was becoming the backbone of the industry. In some ways, this movie reads to me like a eulogy for the cowboy movie, or even the West. The culture was changing. There was a Kennedy in the White House.

Shitkickers were not welcome in this American Dream. JFK was  a man who had no desire to wear a cowboy hat… or any hat for that matter. Hud and his ilk were being discarded from the American conversation. We were beyond cow-tipping, fucking and fighting. Hell, it was Camelot and we were all sophisticated. The Cowboy and his culture were disappearing. Cowboys got off horses and strapped on steel.

Newman, the actor, had to really bring his A-game to this picture. Until this film Newman largely got by on his considerable charm and blue eyes—it’s always been my view that this movie and this character is the one that made a resonant actor of him. He was surrounded by heavyweights and they brought out the best in him. A desperation creeps into the skin of Hud about halfway through the picture—he is full of despair, anger, and the entombing sadness of a man’s reckoning with the realization  that he is a failure—and Newman’s work is riveting. Less so than Patricia Neal, though, whose world-weary, MILF-y Alma has had bastards like Hud before. There is a great scene where he is driving her home and trying verbally to seduce her. He’s talking about giving her a back rub and her eyes roll low like those of a locomotive and she offers him a Fig Newton instead.

Neal was at the height of her powers—Pretty rather than beautiful and sexy in that older-woman-waitress kind of way and wise. She was an interesting woman who endured no small amount of tragedy in her life—a near-fatal stroke when she was young, and the loss of a child. She was also married to the great Roald Dahl—a brilliant author, but a philandering husband. Neal soldiered on through whatever life handed her, head held high.

Melvyn Douglas was a much-respected stage and screen  actor who, via marriage, had survived the Black List. He was married to Helen Gahagan Douglas who, while running against Richard Nixon in California, was branded as a “pinko” by Tricky Dick. She lost the election, which effectively ended her political career. Melvyn Douglas would go on to win another Oscar years later for his role in “Being There.”

When ever I think of this film, I think of Neal. Her role reminds me of a line from the poet Adrienne Rich:
“The common woman is about as fragile as a nail…”