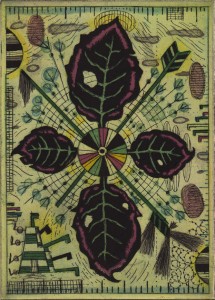 A couple of months ago I wrote that the citizens of  Chicago were made less free by former Mayor Daley’s  outlawing of handguns in Chicago for almost his whole stewardship of our city. I wrote that as long as the bangers and criminals had guns, then we—the citizenry should have them as well. This perfect bit of logic fits in with my idea or fantasy that we can handle as much freedom as we are allowed. In fact, the more freedom we get, the better we are.

In my lizard brain, this idea fits in with some of my core beliefs—like the one that  is sure the Constitution is a perfect living document and guarantor of our freedoms. Never mind that this document, at the time of its writing, only ascribed three-fifths-human status to people of color. I thought the kinks had pretty well been worked out of it.

I especially held  with the idea that the Second Amendment was particularly sacrosanct, given that every despot, dictator, tyrant and genocidal shit-head in human history has, as a first step, disarmed the populace. Hitler, Stalin, Pol-Pot, the list is endless. That, and given the city we live  in with its out-of-control homicide rate? It’s easy for Chicagoans to fall into the cynicism that tells us we are outmatched by the evil in the world.

And then Friday happened. Another of the  inexplicable episodes of an angry , unbalanced, fucked-up American with unfettered access to firearms walks into a school and murders twenty-six people; twenty of them small children:

I now have twenty-six reasons to abandon the defense of gun ownership in our country. Look hard at the ages. Know that these children and their teachers had absolutely no way of defending themselves—and nowhere to go.

A few months ago, say, after the movie-theater massacre in Colorado, I’d have tried to figure out what made a sick ticket like Adam Lanza tick. I’d have wondered—yet again—why we are, as a culture, so proficient in the manufacture of monsters. All around me my friends and fellow writers were telling me—”It’s the guns, stupid,” but I maintained that the guns were merely tools. Secure and smug in this belief.

Well, today, I break faith with these delusions. The rate at which even legal handguns can dispense death and misery is far greater than we could have ever imagined at the time  of the Constitution’s authorship. I’m done with guns, I’m done with defending the Second Amendment and gun ownership.

Calling for the outlawing of handguns is an exercise in futility—that boat has sailed. But there is something we can do: push for  the strictest gun-ownership laws possible, including tests for sanity, and make the firearms owner retake this exam every year. Screen for any psychological abnormality, any record of criminality, blood and urine tests for substance abuse—any pain-in-the-ass measure that makes it harder for the people with the tinfoil hats to put their hands on weapons. Make the fuckers stand in line all fucking day like at the DMV. Whatever it takes.

In the meantime, I won’t be defending them anymore—which is not to say anyone gives a fiddler’s fuck what I think—but a week ago I’d have trotted out the standard gun-ownership line that I’ve practiced for years, and  now I can’t do it.

The reason is simple—I have children. Once you become a parent, you know fear. Just by raising my kids in the city, they’ve had a proximity to violence that scares me viscerally—they both have lost friends to  gunfire. A few months ago I nearly lost one of my friends after she’d been shot at the corner of Damen and Augusta—this is after she’d given up her money and purse. One of the things she said to me was that having her own gun wouldn’t have helped one damned bit.

One of the worst elements of this argument is that guns make us safer. If this is so, why do we lose over ten-thousand citizens to gunfire every year?

By the Monday after the tragedy, the full lobbying power of the NRA will be hard at work preserving your right to legally buy weapons, just in case you get pissed off and decide to empty a clip into  an office or  theater, or a school.  All day Friday, I kept waiting for someone to say that these guns were illegally obtained—not that this would make any difference at all—but it is ALWAYS the linchpin of the NRA’s argument.

At some salient, human moment we must decide that our love for our children outweighs our love for our guns. This is a defining moment in our country. If our president wants to achieve something meaningful, he can help break the death-grip the NRA has on the political process. Call them out for their moral cowardice and perpetuation of tyranny fantasies. Some people wear the tinfoil hats—the NRA makes them.

The only tyranny I am now worried about is the tyranny of the NRA. Where were they Friday? I couldn’t hear them over the gunfire. And I couldn’t see them over the bodies of twenty children.

I’m sure you’re taking alot of flak for this. I just wanted to say I respect your decision. I don’t agree with it for a multitude of reasons, the most important of which is I really don’t think what you propose is going to make a difference, but I respect it. I absolutely share the pain you feel, more acutely, perhaps, because it could easily have been my wife in one of those classrooms, not just one of my children. With over 200M+ legal weapons, and who knows how many illegal ones, in circulation, most of which are unregistered and… Read more »