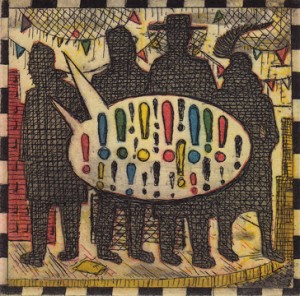 “We’re bigger than US Steel.” —Hyman Roth to Michael Corleone in “The Godfather, Part II”

There is a scene in the movie “Bugsy,” in which Benjamin Siegel is standing in the middle of the Nevada desert taking a leak and, looks around, reading the landscape. He sees it: his future and the future of the American mob. There is not a goddamn thing out there other than scorpions and sagebrush, but in his mind’s eye, Siegel can see it: a utopia for sinners and gamblers, servicemen in need of relaxation, a neon-lit Sodom and Gomorrah where “we the people” could indulge our darker and more libertine impulses. And to Bugsy Siegel, Moe Dalitz, and other members of the Chicago, Cleveland and Kansas City mob, it was a place about a fundamental American thing—freedom. You want to gamble away the rent? Eat cheap prime rib? Get blown by a showgirl? Welcome sir, your room is ready.

After WWII, the American male was ready for a little R&R. The decades of conformity and the straight and narrow was for squares. In Vegas, you were free to do whatever the fuck you wanted, as long as you didn’t bother anyone else. Gone was the moralizing about what was proper and what wasn’t.

Moe Dalitz was one of those brainy, visionary outfit guys of the Meyer Lansky mold; a tough Jew from Cleveland who bootlegged, racketeered and otherwise muscled his way into the inner sanctum of the American mafia. He was a builder of alliances between the world of entertainment and the underworld. He had done much to help the careers of Frank Sinatra and Dean Martin early on, and was good at being an architect of the mob’s ambitions from behind the scenes. He was a gentleman gangster who eventually owned the Desert Inn. He also was one of Vegas’ primary philanthropists, building schools and raising money for the indigent and for hospitals and orphanages. He was also one of UNLV’s primary benefactors. Whatever rep he had as a mobster was outshone by his reputation as a community leader later on.

In “The Godfather II,” Hyman Roth explains his love for Moe Greene (a character based on Bugsy Siegel) and thunders at Michael Corleone: “He was a tough Jewish kid with a great dream and that dream became Las Vegas and nowhere in that town is there a statue or a plaque to remember him. And when they shot him through the eye, I accepted it because I told myself, ‘This is the business we’ve chosen.’”

History is almost always written by the victors and their narrative is what must pass for the truth. The victors designate for the rest of us just who was good and who was evil. History is the lie we’ve all agreed upon. I learned a long time ago that the American story owes as much to “bad” men as it does to the virtuous ones, in fact, maybe more so. American history has always painted the Mob as the bad guys, when in fact this country, in embracing the idea of freedom and revolution, became our first mob.

I always think about this when I reflect on how our own city was built. By hook and by crook our first act was fucking the Potawatomi out of their land and shipping them off to Bumfuck, Kansas to eat gophers. The wholesale theft of Chicago was perpetuated by captains of industry with names like Palmer, Wentworth, Swift and Armour—this city was stolen as much by pen-stroke as by the sword and the gun—but believe me, Slappy, every corner, every building, every avenue and street has the air of larceny about it. We never sent any of our founders and grand-scale grifters to jail either—we named streets after them.

Bad men built this city, and this nation, and we’ve never answered for these transgressions. We the people; we call it progress. We’re in the empire business and, cousin? Business is good!

Some will read that thought as subversive, and they would be about half right. Ask the English and the Hessian and he will tell you about the dishonorable way the settlers fought their revolution; from trees and behind rocks, rather than marching in the middle of a field with a bright red, easy-to-shoot jacket on like a fucking moron.

Never forget the bad men. They are at least half of the story, whether you like it or not.