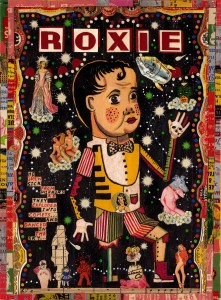 In the canon of American literature of the last century, Nathanael West figures in a couple of times.

“Miss Lonelyhearts” is considered his signature work,  a novel of isolation and animal longing. My favorite has always been “The Day of the Locust,” which ends with Hollywood burning to the ground amidst a savage mob running amok and devouring all who would try and halt it. It was made into a movie starring Donald Sutherland, William Atherton and Karen Black. “The Day of the Locust” has it all: artists, wannabe starlets, midgets, cockfights, cowboys, darkness, hunger and desperation.

It’s a great novel and a not-great film with a couple of huge saving graces that compel one to see it anyway—a genuinely great performance by Donald Sutherland as Homer Simpson (yes that’s the character’s name), an everyday schmoe businessman who is pining away for Karen Black’s Faye Greener. She finds him about as exciting as a vanilla milkshake.

Also interested in her affections is a not very talented painter named Tod Hackett who has an inflated opinion of himself—she is a little more interested in him, but mostly she’s self -absorbed, as are most of the characters in this sad and devastating story.

The novel introduces several hangers-on and down-at-the-heels characters: the cowboy who plays cowboy types in movies, a vulgar midget who frequents a whore who tosses him out “like a load of dirty laundry” each morning, and a Mexican cock fighter. The seedy milieu completes a picture of the human afterthoughts of the American movie business, people whom the landscape has rejected and are forever relegated to the margins. West achieves a brilliant gallery of grotesques equal to, and as grimy, as the business they have chosen to love and need, this sad business of dreams.

Its finale is something right out of fire-and-brimstone biblical reckoning. Homer Simpson, defeated in love and languishing in a state of suicidal despair, is hectored and hit in the head with a stone by Adore Loomis, a child-actor and little shit of the first order. The child makes a fool of him and then injures him. Homer decides this is the last indignity he will suffer and stomps the kid to death in full view of the crowd at a movie premiere. The crowd then devours Homer, who has gone quite mad and starts imitating the sounds of the siren as he is pulled apart.

Tod Hackett is witness to all of it and, as the city starts to burn, he marvels at the similarity to a painting he has completed called “The Burning of Los Angeles.” He is injured in the melee yet, oddly, maddeningly, he seems satisfied.

It is a grim and despairing coda, reflecting what West thought of Hollywood—perversion, vanity, greed and glitter—a fraudulent place full of evil and venality. It is the garish flip side of the American dream. It unfolds, rightly, in front of “Kahn’s Persian Palace,” an obvious stand-in for Grauman’s Chinese Theatre.

The movie also boasts the stellar cinematography of Conrad Hall, one of the greats, and also one of the reasons to see the movie—a lot of great work went into this flawed film. John Schlesinger could have used a little more restraint in his direction—the film at times becomes the kind of lachrymose melodrama that the novel openly pillories. Karen Black chews up the scenery, as she is wont to do, and William Atherton is perfectly unctuous as an artist who has an immense opinion of a rather ordinary talent.

The human comedy and tragedy is on full view.

Whenever I think of this great novel, I think of the doomed child stars, never to become fully formed people, wandering the world of adults as blind as kittens. It’s never hard for me to make the case that the reason Michael Jackson needed his own giraffe and roller coaster had a lot to do with what show business taught him to want.

He seemed a fetishized object of perpetual childhood his whole life. He’d have been at home in Nathanael West’s sad stories, a plaything for a culture just as ready to dispose of him.