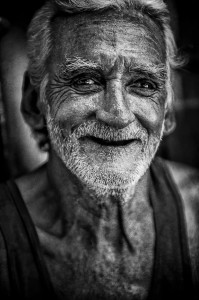 The Kickstarter Chronicles is a series of profiles of Chicagoans holding crowd-funding campaigns on Kickstarter.com. Kickstarter allows for people to finance creative projects through individual donations, and seek new audiences at the same time. However, sometimes great projects still need an extra nudge into the limelight.

Cesar Augusto doesn’t take photography lightly. “I don’t take many pictures,” the Oak Park-based photographer and creative director says. “In fact, I hate taking pictures when I haven’t had the time to think about what I’m trying to achieve.”

Augusto has had plenty of time to think about what he’s trying to achieve with his most recent project, “The Soul of Cuba.” The hardcover book, featuring more than a hundred stunning photographs from Augusto’s native country, documents his return to the home which has been, in his words, “the place of my dreams and nightmares for the last twenty years.” In it, Augusto grapples with the fading image of the Cuba he still remembers, and discovers the birth of a new economy and culture in a country that Americans still associate with old cars, Communism and exploding cigars. “The Soul of Cuba” captures this nostalgia, pain and wonderment in a sequence of black-and-white photographs that are at once haunting and uplifting, decayed and vibrant, aged and brand-new. “These photographs are exactly how my heart sees Cuba today,” Augusto says, both remote and always familiar, just like the tempestuous nation he fled more than two decades ago. 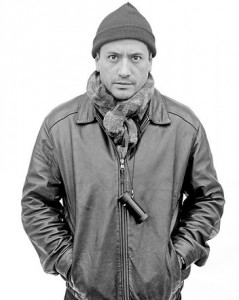 Cesar Augusto was born in Havana, Cuba in 1969, ten years after the dawn of the Cuban Revolution. His father was a photographer for the Cuban Navy, documenting military maneuvers around the island nation that had become a key piece in the Cold War chess game. Despite the difficulties of living under a Communist dictatorship and the privations that come from a full U.S. embargo, Augusto’s childhood was full of camping trips, restaurants and the blithe innocence of unselfconscious youth. “I was a teenager…when I realized the political repression I was living under,” he says. “It was—and still is—a terrifying place to live.” By the 1980s, the Castro regime had become increasingly radicalized, and the slow crumbling of the Soviet Union was sending ripples through the life of the nation. It got to the point, Augusto remembers, where “just being human was censored…you must fit the mold and if you didn’t, you ended up in jail.”

In 1989, Augusto was admitted to Cuba’s prestigious Instituto Superior de Arte, and encountered this censorship head-on. “In my third year at the university, I did a short film about a young man trying to leave Cuba on a boat. The dean found out and…the film was confiscated and I was given a warning that they were going to kick me out of school if I ever dared to do a film with that subject again.” In a country where political dissent was met with violence and individual identity severely repressed, Augusto began to see the decaying structure behind the veneer of paradise. A few years later, he made yet another film about a Cuban fleeing the country—two weeks before he himself left for good.

Twenty years later, Augusto has a new life and a family in Chicago. He works as a professional photographer and creative director, and considers Chicago to be the home from which he will never leave. “I honestly think I lived in this city in another life!” he exclaims. “I’ve loved it since the minute I arrived.” Despite the warmth and support Augusto feels from his life in Chicago, however, his memories have always pulled him back to Cuba. Images of the land he once knew, intermixed with fear of getting stuck in the past—or physically prohibited from leaving the country—kept him away from his home for nearly half his life. When he finally did return, “Everything seemed like a dream, where somehow you know you’ve been there but can’t remember anything.” This eerie quality makes its way onto the page, infused into each of Augusto’s portraits and landscapes: evoking not just the Soul of Cuba, but the soul of a man torn between two different worlds. 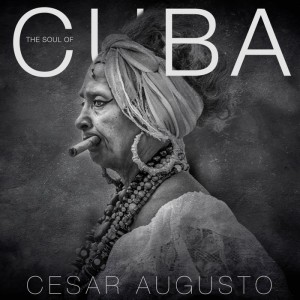 Only one problem remains for Augusto, in his quest to share the face of a forgotten nation with its Goliath neighbor up North: printing costs. Augusto had been selling “The Soul of Cuba” on his website and found himself flooded with orders, but the cost of printing a twelve-by-twelve, full-color book of photography on demand was so high that he actually lost money on every purchase. Determined to give his book the chance it deserves to make the impact he knows it can, Augusto started a Kickstarter campaign to finance printing, binding and shipping a large run of the hardcover book. With enough inventory in hand, Augusto plans to show “The Soul of Cuba” on consignment at independent bookstores all over the country, and with any luck will only continue to spread from there.

In order to meet this goal, however, Augusto needs to raise $17,500 in the next two weeks, with pledge packages ranging from $10 to $1,000. To support “The Soul of Cuba, visit kickstarter.com/projects/877028515/the-soul-of-cuba. For more of Cesar Augusto’s photography, visit cesarshots.com.