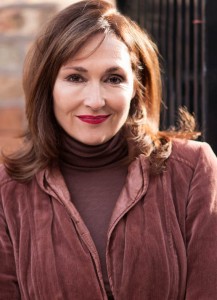 The Kickstarter Chronicles is a series of profiles of Chicago artists, writers, and musicians holding crowd-funding campaigns on Kickstarter.com. Kickstarter allows creatives to share their projects with the world and raise needed funds through private donations. Our second Kickstarter Chronicle features actor, writer and comedienne Nora Dunn, whose one-woman show “Mythical Proportions” opens at Theater Wit on August 15.

It is one of the great clichés of the entertainment industry that the best characters emerge from real life. Every budding novelist is told to write what they know, every actor instructed to find the humanity inside the figure they inhabit for stage or screen. After a lifetime of creating and embodying characters that have delighted audiences around the world, Nora Dunn seems to have hit upon a deep truth of the practice: she’s just doing what we all do all the time, a little more publicly and with a little bit more flair.

“’Mythical Proportions’… is about myth, memories and legends,” Dunn writes on the Kickstarter page for her upcoming one-woman show. “The subtitle is ‘The Fictional Life of Truth’ because though our stories become our own truth, they are also meant…just to sort out who we are with ourselves. So they become bigger than truth along the way.” Pulling anecdotes from her life and the lives of people she has encountered along the way, Dunn weaves together tales of self-exploration and identity that collectively demonstrate how we all shape ourselves through the stories we tell. In “Mythical Proportions,” these tales involve drunken pigs, wooden legs hidden in cellars, and an intercontinental roadtrip destined for tragedy. They also involve characters ranging from a former Hollywood power player to a seven-year-old girl and an African-American woman who has spent her life battling racism—all portrayed by Dunn, with time left over for the actress and comedienne to play herself for a while. As “Mythical Proportions” weaves these numerous voices together, it leaves behind the sense that no matter who you are or where you come from, your life is defined by the legends that reach beyond it, by the moments that take on lives of their own.

Dunn has undoubtedly had more of those legendary moments than your average human being. Born on Chicago’s West Side, she grew up performing music and poetry with her father, and creating characters on the spot for the games she played with her sister. After studying at the School of the Art Institute, Dunn moved to San Francisco to pursue an acting career. Soon she turned to comedy, and wound up sharing small venues like The Other Café with the likes of Ellen DeGeneres and Robin Williams. From there, her story gets only more mythic: cast on “Saturday Night Live” in the 1980s, she starred as Liz Sweeney and Pat Stevens, but also drew controversy for boycotting a show hosted by misogynist comedian Andrew Dice Clay. Forever a “member of [that] club,” Dunn went on to play a reporter in “Three Kings,” a judge in “Laws of Attraction” and—perhaps most recognizably to Millenials—Ari Gold’s brash therapist on the television show Entourage. She has mingled with Hollywood execs, verbally sparred with Phil Hartman and George Clooney, and studiously avoided Jon Voight because even stars can be starstruck sometimes.

But “Mythical Proportions,” Dunn says, “isn’t about these things. It’s about life colliding with myth”—about the legends that you find driving through the heart of Missouri, or cast aside in some box in the basement of the house that your parents are renting. It’s about the private life of public places—a hidden staircase to the Hollywood sign, a glimpse into “Mr. Rogers’ Neighborhood”—and the public authorship of personal tales told aloud. It’s the kind of show that only a career performer could have devised, a meta-textual (and very funny) analysis of what it means to be a character, be in character, and to have character. In that way, the show lives up to and perhaps transcends its title, revealing the small and intimate lives at the heart of the giant-sized stories we tell. 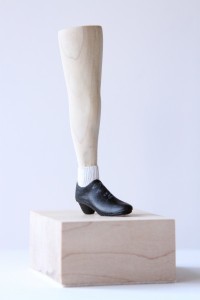 Not incidentally, “Mythical Proportions” is also being staged as only a theater veteran would. Not interested in running the show for years on end, Dunn chose not to look for commercial backers, but instead to finance the project through “benefits and begging.” For set design, she turned to friend and artist Arica Hilton; for costuming, friend and former “Project Runway” star Peach Carr. The venue, Theater Wit, is an equity house, meaning that the crew gets paid a fair wage and receives union health benefits and pensions. This is a one-woman show meant to support the art and theater infrastructure that surrounds the single person onstage, and Dunn has gone to great lengths to make sure that everyone is paid what they’re owed.

The project is currently $10,000 away from being fully funded, and for the final push Dunn has turned to Kickstarter. With just over two weeks left in the campaign, she is hoping that a few more kind strangers will support the cause, and has devised a wide range of rewards to make it worth people’s while. $5 gets donors a signed poster, $75 gets them a limited-edition wooden leg, handcrafted by Chicago artist Brent Houston. Though the show will go up in August whether the money is raised or not, a successful campaign would mean that Dunn could perform a theater piece that respects every part of the process, does not sacrifice quality, and opens without already being buried in debt. How legendary would that be??