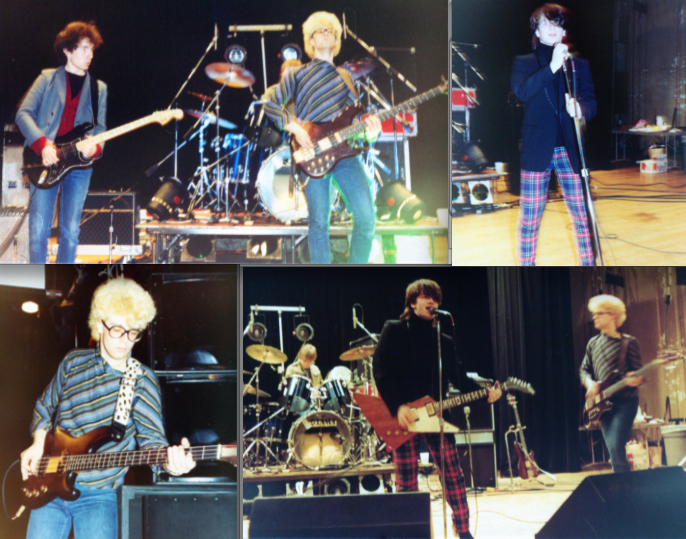 Music can be a great diversion, punctuate life’s experiences or be a life’s work. New students at UChicago or new residents in Hyde Park should not eliminate music from life’s major food groups.

WHPK 88.5FM, the university’s and community’s radio outlet, is definitely worth many listens. The music includes indie, rock, folk, blues, jazz, dusties, R&B, classical and live bands, and the hosts are as diverse as the music, including a mix of current undergraduates, graduates, alumni and community members. In today’s world of computer-programmed commercial and Internet radio outlets, it is refreshing to hear an actual human being presenting music and/or information that he/she cares passionately about.

My first day of orientation week, I walked up the elbowed steps of the Reynolds Club and ran into the station’s program director hanging around talking. I told him I had been a DJ in high school and was interested in continuing. He said “great, how would you like Friday afternoon?” Today it won’t be that easy; you may need to pay some dues—literally and figuratively, but like many things at UChicago, the airwaves are fairly accessible to you. My journey up those stairs led to a life-forming escape from everyday life. During my tenure, in addition to holding down regular slots slinging pre-, post- and progressive pop and punk music, I subbed (and learned a lot about) jazz, folk and blues. In addition, there were long-lasting arguments about whether the Clash or the Jam were the better band, record reviews in the Maroon, live blues remotes from the Checkerboard Lounge on 43rd Street with Phil Guy (Buddy’s late brother) which we used to set up in the afternoons while Buddy Guy, Junior Wells and others were playing poker in the bar, football play-by-plays, public-affairs programming and interviews of visiting musicians including Mark Edward Smith of The Fall and Tom Waits. One memorable summer, the WHPK Good Guys softball team had a beer-infused and tremendously successful playoff run—with the “disc/jocks” even beating a “fraternity/jock” team.

WHPK also can serve as an academic outlet. My final project for Professor MacAloon’s Form and Meaning in Art and Action Course included a thirty-minute radio show presenting a paradigmatic analysis of music covers. The thesis was that a cover song could either affirm or disaffirm the content or meaning of a pre-existing work, using artists such as The Animals, The Angelic Upstarts, The Dickies, Simon & Garfunkel, Ralph McTell, The Anti-Nowhere League and The Portsmouth Sinfonia. I got an A! Another academic paper, in Terence Turner’s Anthropology class, focused on a Piagetian analysis of The Development of Communication Through a Radio Voice. Only at UChicago.

The Major Activities Board is another outlet for musical performance at UChicago that new residents of UChicago and Hyde Park should investigate. MAB has produced concerts for well over thirty-five years, and whether you have heard of a band or not, just go. When I was a freshman with shoulder-length hair, ripped jeans and strong opinions, I was lucky enough that there was an opening on the board that I somehow applied for and was chosen.

My UChicago tombstone would probably be chiseled from MAB’s decision to take a risk on a band that had recently released their debut album in the UK and had some success in Europe. An initial US tour was being planned and we were offered the opportunity by Premier Talent in New York to bring in the group for the incredibly low price of $1,000. Such a low acquisition cost (we were typically paying $5,000 to $10,000 for acts) would permit us to throw a party, and charge a dollar for admission. There was really no precedent for bringing an unknown band to UChicago, but if we waited for the band to “make it” in the US, we would have missed the initial tour and the price would have gone up dramatically—that is—if they were successful. Otherwise, MAB members would be excoriated for wasting money on an unknown and unpopular act.

Fortunately, the band released its debut album in the US and started to get some buzz and airplay here. So when U2 played International House on April 11, 1981 it was a pretty big deal, with people trying to climb through the windows to get in. Other shows we did thirty-plus years ago, like The Ramones, B52s, Tom Waits, Arlo Guthrie, King Crimson, DiMeola/DeLucia/McLaughlin, Pat Metheny, Chuck Berry, John Prine, Jimmy Cliff and James Blood Ulmer helped to bring a variety of entertainment to the community and also provided valuable and memorable experiences for me and other students in handling the myriad tasks associated with concert production (including booking, marketing, technical, security, load-in and load-out, hospitality).

While I am no expert on the current state of music performance at the University of Chicago, it looks pretty bright to me. In addition to WHPK and MAB, the Logan Arts Center is presenting jazz and cabaret and a whole lot more. Rockefeller Chapel hosts a variety of music events too. And I personally am really excited about the opening of The Promontory, the latest effort from the owner of the best live music club in Chicago, the Empty Bottle. It may even turn Hyde Park into an actual music destination for the rest of Chicago.