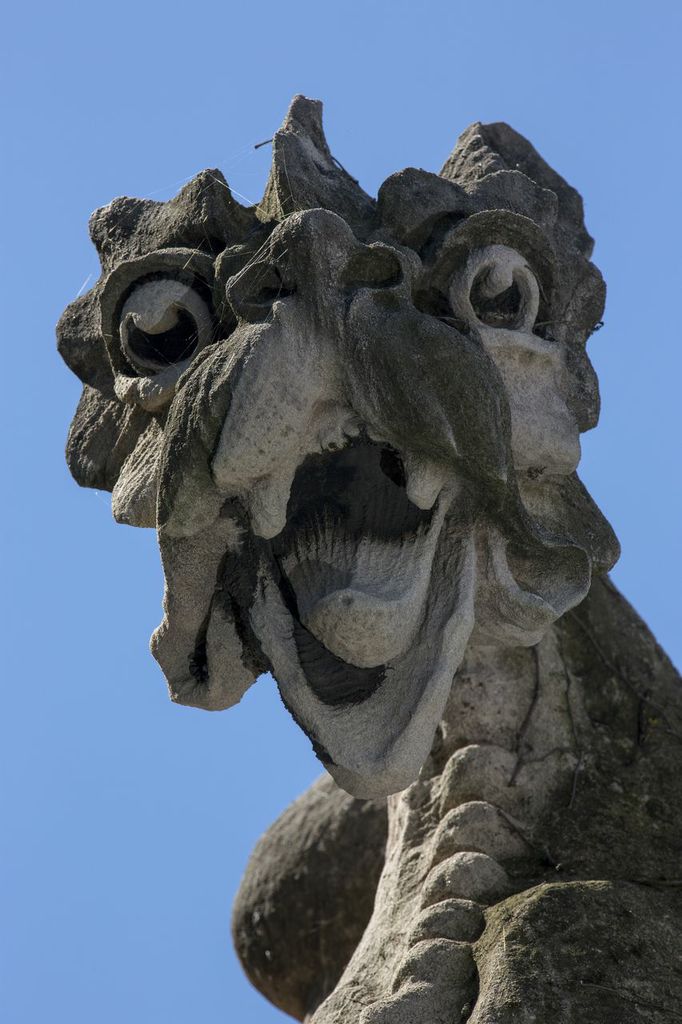 Even though they’re everywhere, nobody on campus ever mentions the gargoyles. When I first arrived at U of C, the only offspring of unschooled immigrants to attend an elite university, they were the first thing I noticed.

Hailing from a cookie-cutter suburb where what differentiated the boxy little houses was the color of plastic tile inside (your choice of pink, aqua, or baby blue), I marveled at the hand-carved stone, the unique and imposing presence of the gargoyles. Didn’t anyone else wonder why, for instance, on the street side of  Cobb Gate, four little creatures scamper upwards, but on the quad side, another six scurry amidst the contorting heads and eyes of griffins? Wasn’t anyone else curious?

In my first days in this strange place, I nursed my loneliness in crannies atop the Social Science building and Wieboldt Hall where you could buy bad coffee for a few cents and stare the gargoyles guarding Harper Library right in the eye. Dining in Hutchinson Commons with glib classmates from private-school-pedigree stocks, I drew strength from the grotesques banded like rosettes into the stone outside. Before ducking into Bond Chapel, I would schmooze with the mischievous critters frolicking amongst the saintly human faces on the west facade, embarrassed to admit which I felt closer to.

And it was in Bond Chapel that I met my first U of C girlfriend. The daughter of a Navy chaplain, poor but hyper-educated, she, like me, retreated to Bond for relief between classes. Evenings I’d wait for her at Ida Noyes, luxuriating on a Victorian throne with carved arms, caressing the curlicues. I was seduced by the ornamentation and ruminated on what they meant for me as someone who didn’t feel he fit the university mold. The pretentious Ivy League reputation, I found, was merely a purposeless ornamentation, just like the gargoyles. I found that even a girl who drove a Porsche and guys who skied the Alps took my offhand comments seriously, even if it was just by virtue of my having been admitted to this gargoyle country. I noticed that faculty would react not so much to the content of our contributions as to their tone—“tsk, tsk, argumentative today” if you breached the verge from polite disagreement; “well said” if your dissent or qualifier added to the overall sense of comity and entitlement. These were lessons that stood me well in life, especially in my later work in business, and helped me to guide my children to a future with similar education opportunities.

Even with that said, I was never quite convinced by my own metamorphosis as a student of U of C, and when I communed with my gargoyles, they winked at me as if they weren’t fooled either. We kept that a secret between us, amongst many other things as I grew older. Like, at first, Vietnam. Or, later, that it was the poor black kids who surrounded us on three sides who got shipped to war to be maimed and slaughtered even while there were prejudices killing them back home. These were the kinds of silent thoughts I shared with the gargoyles over the years.

Now, whenever I return to the libraries or Court Theatre or some alumni event, I sneak a visit to my gargoyles. They helped usher me toward a gilded life for which I’m grateful, but they’re still winking. (Burt Michaels, MA ’75)