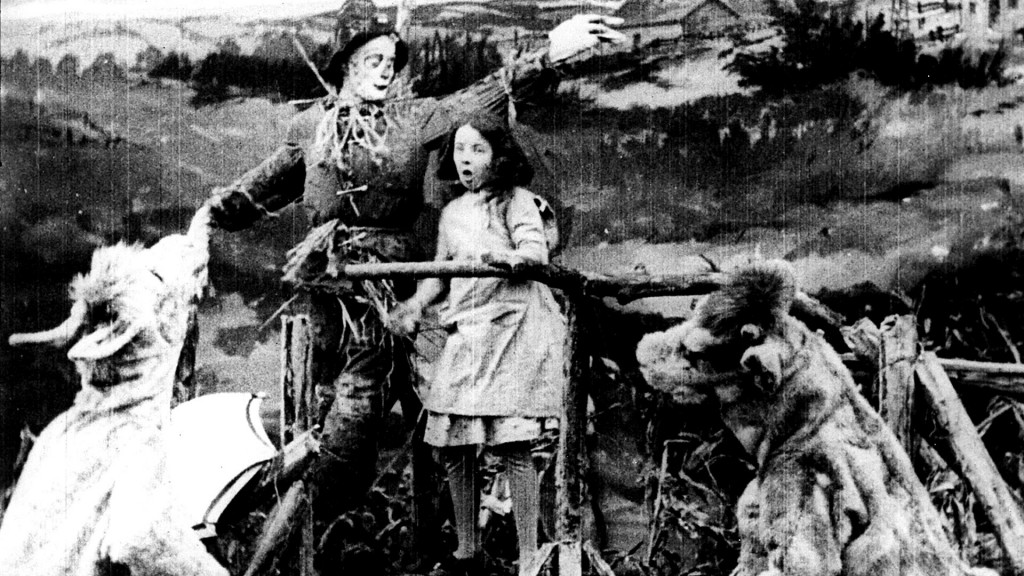 “The Wonderful Wizard of Oz” was first made into a movie in 1910, in Chicago, by the Chicago-based Selig Polyscope Company

Newcity is going to make a feature film. The plan is to have it finished by our thirtieth anniversary, two years from now.

Twenty-eight years ago this week, we launched this publication. It was, in retrospect, an act of extreme confidence, or hubris, depending on your perspective. (Likely both.) As founders, we were in our late teens and early twenties; not one of us had any publishing experience at all, at any level. Yet we conceived of the idea in November and, here we were, about two months later, holding in our hands the very first issue of Newcity.

So this perhaps-equally quixotic undertaking does not seem unreasonably daunting. After all, we’re giving ourselves two years this time, instead of two months, and though our hands-on experience with filmmaking rivals our then-lack of experience with publishing, we’ve been around the block a few times in the interim:  I’d like to think we’re a bit more level-headed in the pursuit of insane ideas.

This will be a film made in Chicago in every sense of the word. We plan to source the idea, secure the financing, hire the crew, cast the talent, and do all of the post-production here, using Chicagoans and Chicago ideas. Part of the inspiration for this project is to bring a journalistic aspect to the process: we will document the project, with as much transparency as possible, from inception to completion, in these pages and on a web site (ChicagoFilmProject.com) we’ve set up to do so.

Time was, the coming-of-age aspiration was to write the Great American Novel. But for many of us from my generation, the greater desire was to make the Great American Film. Which is to say, we’ve always wanted to do this. (One of the contemplated, then discarded, business ideas we explored before Newcity was starting a video store with spectacular depth of product, back in the days before Blockbuster was born.)

Over the last few years, I’ve watched as the barriers to entry in filmmaking lowered themselves, with the advent of digital cameras and desktop editing software. These conditions parallel the birth of Newcity, which was facilitated by the advent of desktop publishing. (Anyone remember Aldus PageMaker 1.0—ugh!—and the first Apple LaserWriter?)

Concurrent with this, traditional models of film distribution are in a state of flux right now, driven by the growing prominence of streaming across digital channels, whether Netflix and Hulu or YouTube and Vimeo. (Digital disruption is a topic too familiar to those of us in publishing!) The combination of these two factors—the democratization of the tools and the advent of a vast digital distribution space—is profoundly changing the economics of the medium. Sure, we’ll have big Hollywood studios cranking out superhero epics and sequels for some time now, but they’re far less likely to exercise the control over the medium they once did. Movies can be made for far less money, without their seemingly vast resources. The flip side, of course, is that many of these films will earn far less money as well. It’s not inconceivable to foresee film as a medium less tied to Hollywood, and more local in nature, like other art forms we’ve always celebrated as local. Moviemaking might come even more to resemble book publishing, or the music industry, for better and, at times, for worse.

Last fall, Newcity published its first Film 50, which documented the vast cast of talent working in cinema in Chicago. The same week, the city held its first-ever Chicago Film Summit, a daylong gathering centered around conversations about filmmaking in Chicago. Albert Berger, a Chicago native long since relocated to California, talked about producing his new film “Nebraska,” along with earlier works like “Cold Mountain” and “Little Miss Sunshine.” A large, mostly Chicago-centric contingent from John McNaughton’s new film, “The Harvest,” including Michael Shannon and producer Steven Jones, did a “making-of” case study. “Chicago Fire” producer Dick Wolf keynoted, and discussed his experience making television in Chicago these last few years. A pervasive theme emerged: that a confluence of factors, including the rise of Cinespace as the largest studio in America outside of LA, meant that Chicago was enjoying a special moment as a place to make movies and television. (A sentiment echoed last month when MovieMaker magazine ranked Chicago as the number-one “Best Place to Live and Work as a Moviemaker in 2014.”) It was during this summit that I came up with the idea for this project.

A couple weeks ago, I had lunch with Richard Moskal, director of the Chicago Film Office, to vet the idea’s feasibility. Moskal’s office is something of a clearinghouse for all film and television activity in town, a role he’s held since 1996. In other words, when it comes to making movies in Chicago, he’s the guy. If anyone was going to tell me this was an idea that can’t be done, I  hoped it would be him. It was just the opposite. Moskal loved it and, as far as I was concerned, the project was a “go.”

So we’re going to test our idea. That this is a turning point in filmmaking in general, and in Chicago’s place in the film world in particular. And as we do this, we’ll document the project in detail: our challenges, our discoveries, our—we hope—triumphs. Watch these pages, as well as the regular updates at ChicagoFilmProject.com. And, if all goes well, we’ll see you two years hence in the popcorn line.

We do not have a script, or project identified, so that’s our first order of business. We don’t know what kind of film we want to make, other than a fictional feature film. It’s not necessary that it be set specifically in Chicago, though it should not be specifically set somewhere else. It’s unlikely to be an intergalactic action blockbuster, given our expected resources, but neither should it be so experimental that its projected audience would not fill my couch. We expect to finance this through grassroots channels like crowd-funding, but would not preclude trying to raise more funds the old-fashioned way for the right project.

It’s all part of the story, which starts… now.

If you, or someone you know, has a treatment, a screenplay or some other pitch for the project, visit ChicagoFilmProject.com for submission details.