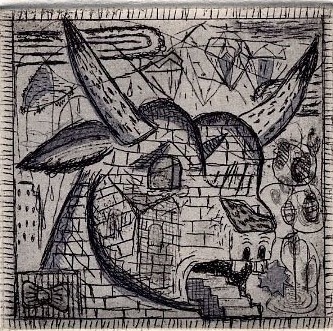 There is actually a lot to like about “Chicagoland,” the eight-part consideration of this city airing on CNN this spring starting March 6. Namely it gives us a look at the lives of people like Fenger High School principal Elizabeth Dozier and police commander Leo Schmitz. These are Chicagoans with very difficult jobs who perform them bravely and make life-and-death decisions every day. Dozier particularly earns our admiration with  the compassion with which she dotes on “her kids”—the student body of Fenger—often following them on foot to navigate the gang-infested mean streets around her high school. At one point, the heel of her shoe breaks off and she continues—barefoot.

Commander Schmitz maintains an optimism and a sense of goodwill though he presides over a district in which far more young people are in gangs rather than college, on the turf that has earned the ugly moniker of “Chiraq.” Commander Schmitz  isn’t jaded  and is the very face of hope for the good people of his district.

These are people who make me proud to be a Chicagoan.

I’ve only seen two episodes of “Chicagoland.” The first, entitled “The New Boss,” introduces us to Mayor Rahm Emanuel and does a good job of explaining the complexities of his job and the driven way he performs it. As many criticisms as I have of Emanuel–and they are many—the man is not lazy. He works like a sled-dog; he is the Energizer Bunny of mayors. I also believe he is the smartest guy who has ever held this office which, considering our history, is not exactly high praise. I also acknowledge that Rahm inherited a shit-sandwich when he took office. Daley, upon exiting City Hall, in effect bankrupted the city and made idiotic financial decisions, namely the pimp-roll he took for the parking meters instead of a more equitable  and long-range lease that this contract certainly demanded. The pension crisis. Rahm certainly walked into a buzz-saw of insurmountable issues.

“Chicagoland” gives us a good idea of this in thumbnail sketches and it is to the credit of its fine team of filmmakers—Mark Benjamin, Marc Levin and Robert Redford—as well as Mark Konkol, whose world-weary Chicago accent narrates this show with perfect pitch. They go way out of their way to  outline the enormous task Emanuel has ahead of him. In the first episodes, the gulf of distrust between the mayor and the black community comes into high relief. Emanuel’s opening gambit as mayor is to break the teachers union, digging in his heels, only to be hit by the freight-train named Karen Lewis who matches him profanity for profanity, invective for invective.

What is not explained  here enough for me is the contempt this mayor has for labor, particularly union labor, and just how woefully he misjudged this town when it came to support of the teachers union. What “Chicagoland” doesn’t really say out loud is that this was a victory for the teachers, and for labor. Karen Lewis  cleaned his clock, and handed him his ass. The other unions whose pensions are also imperiled should send her a fruit basket and a thank-you note.

Somebody should have explained to  the mayor  that the bloodiest battles for the American labor movement were fought on the streets of Chicago. Men went to the gallows for the eight-hour work day; in fact, innocent men.  Lesson number-one Mr. Mayor? Labor dies hard here.

Of course, this being Chicago, both sides claim victory.

Emanuel, not to be bested and some think to thin the rank and file of the teachers, closes fifty public schools. A broadsword  instead of a scalpel is always this mayor’s favorite tool.

I found myself wishing the filmmakers would have made more of this drastic and wholly vindictive move. You slash education, you make it inaccessible, and you go into the business of manufacturing criminals. If you think education is expensive, try ignorance.

Where the filmmakers slyly succeed is letting Rahm reveal himself—arrogant, imperious, churlish and nasty. He condescends to a reporter who is doing his job, implying his time is being wasted and that answering to his constituency is a waste of his time. He looks at the reporter as if he is a bug.

I always wonder why the press stands for this shit. Why somebody doesn’t raise their hand and remind this blow-dried little pipsqueak that he works for us. That he is our employee. That we have every right to ask him any goddamn thing we want. Emanuel acts as if we are having audience with him, as if we are his subjects—the little people in the court  of Pope Pork-Sword.

There are people who buy his act: He is pals with Billy Dec! Isn’t everyone? When someone refers to Billy as the real mayor of Chicago, Billy says, with a straight face; “Oh …he doesn’t like it when people say that” and you know what? I believe him.

I guess I don’t know how I feel about “Chicagoland ” yet, having only seen two episodes and those kind of tell me the city  is a morass of crime, vanity, self-delusion and hope. I came away with a respect for  police chief Garry McCarthy as a serious man who does a serious job well.

I watched him during the NATO protests and he was right in front urging calm and entreating the best instincts from his cops—he seems measured, smart and tough. Rahm is lucky to have him. The one grace note of “Chicagoland” so far is that it paints a much more thoughtful portrait of Chicago cops than we’re used to seeing. Even in the little bit I’ve seen  they are portrayed as decent, compassionate professionals who have the hardest jobs this city has to offer.

I’d like to see more of Konkol in this, since he is the only native Chicagoan at the helm, and this is a guy who knows where the bodies are buried.

I’d also like to see a broader swath of the city—somewhere besides Roseland and Wrigleyville—but these are minor quibbles and, like I said, I’ve only seen two episodes. Give  these filmmakers credit for making the city look lovely on film and not treating the greatest city in the world like a “flyover.” That’s right, I said it. The Greatest City in the World and don’t  you forget it.

“I came away with a respect for police chief Garry McCarthy as a serious man who does a serious job well. I watched him during the NATO protests and he was right in front urging calm and entreating the best instincts from his cops—he seems measured, smart and tough.”

You should have followed the testimony of his officers during the #NATO3 trial to understand how his police force actually operates.