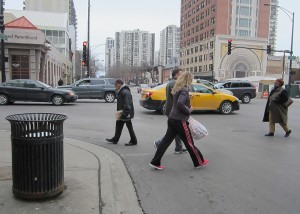 The killing of Northwestern University law student Jesse Bradley, thirty-two, in March 2012 was a perfect storm of factors all too common in Chicago pedestrian deaths. Bradley was fatally struck while crossing an overly wide street, by an intoxicated, speeding driver without a valid license, who fled the scene.  Two years after the deadly crash, motorist Bianca Garcia, twenty-one at the time, is about to be sentenced.

“My son was so smart and so loving, just a good, good kid,” says his mother Colleen, speaking from her home in Georgia. She described him as a shy, quiet person with a dry sense of humor. Having completed a couple years of challenging studies at Northwestern, he’d taken off two terms and was working at a Gold Coast Starbucks, where he’d learned to become much more outgoing by chatting with customers. He was set to finish school that summer and planned to work in business law. Bradley lived in an apartment at 1140 North LaSalle, just south of the intersection where he was killed.

At the time of the crash Garcia was living in the McKinley Park home of her mother Catherine Doubek, a Chicago police officer. Doubek has had legal issues of her own—in 2007 she was stripped of her police powers after an incident where she allegedly stood by while a man was beaten in a Bridgeport building by Bianca’s father José Garcia and other men, according to a CBS Chicago report. José was eventually deported. 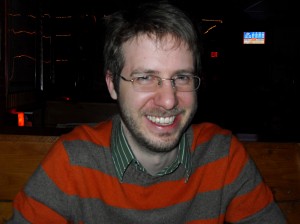 Bianca Garcia’s lawyer said the young woman had been attending college and working full time prior to the crash. According to a Sun-Times report, she had been pulled over by police at least six times in the previous five years. The first time was in 2008 when she was seventeen and was driving home from a New Year’s Eve party in Riverside after drinking a pint of rum. She was required to pay more than $1,000 in fines and undergo a year of supervision, but kept her license.

On the night of Friday March 23, 2012, witnesses saw Garcia drinking with friends at several Chicago bars. Around 2:30am Saturday, she was seen driving southbound on LaSalle north of Division in her Jeep Liberty SUV at a high rate of speed, swerving violently. Here LaSalle has five lanes, which encourage speeding.

Bradley had gone out for an after-work snack with coworkers and was on his way home. He was crossing the south leg of the LaSalle/Division intersection westbound and was one step from the curb when Garcia struck him, breaking his neck, according to victim advocate Sharon Johnson from the Alliance Against Intoxicated Motorists. He was taken to Northwestern Memorial Hospital, where he was pronounced dead on arrival.

“It’s just bizarre,” his younger sister Laura told the Tribune. “It really shows you how life can change in an instant. He was healthy. He was living. And he died. He should not have died at thirty-two.” Laura moved to Chicago after his death to feel closer to him, Colleen says.

According to witnesses, Garcia slowed down after killing Bradley but did not stop. She fled eastbound on Elm, traveling the wrong way down the one-way street for two blocks. Fortunately, two police officers were sitting in a squad car on Elm at the time. They pulled her over as she fled south on Dearborn and found her drivers license was expired. A test showed her blood alcohol content was .168 percent, more than twice the legal limit, and she had a cocktail of hard drugs in her system. She was charged with felony aggravated DUI and several other counts. 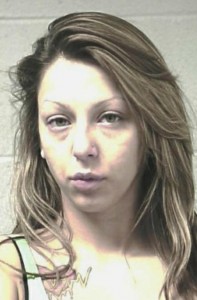 Bradley’s mother, father and grandmother have been traveling regularly from Georgia and West Virginia to attend court dates. At a February 27 hearing, the judge was set to offer Garcia a plea deal involving at least eight years of prison, Johnson said. However, state law mandates that for all alcohol-related felonies a report must be issued on whether there’s a possibility the accused can be rehabilitated, and the report hadn’t yet been completed.

Last week at a court date, it was revealed that the probation department at the Cook County courthouse still hadn’t finished the report. Colleen says her family is extremely upset about the delay.

At the February hearing, family members read victim impact statements. Others read mitigation statements in support of Garcia, such as her pastor, who said she had recently begun attending church again.

When it was Garcia’s turn to read a statement, she said she was sorry for what happened, but called the deadly collision an accident. “What she did was no accident, it was a crime,” Johnson told me. “This was the violent end to a young man’s life.”

In her statement, Garcia compared Bradley’s death to the loss of her brother to a seizure when she was fourteen, and mentioned her father’s deportation. “I thought that was very disrespectful,” said Johnson, a former police officer herself. “She blamed all of her drinking and drug use on her life not being perfect, but I’ve known people who grew up in the projects and faced major challenges, but turned out to be amazing individuals.”

Colleen Bradley says she won’t feel closure after Garcia’s sentencing, but hopes it will provide some solace. “I will miss my son until I no longer have memories,” she says. “But I just want to get past the negative and start having good memories again. I’ll still be sad, but I won’t have that hate because I’ll know she’ll be receiving the punishment she deserves.”