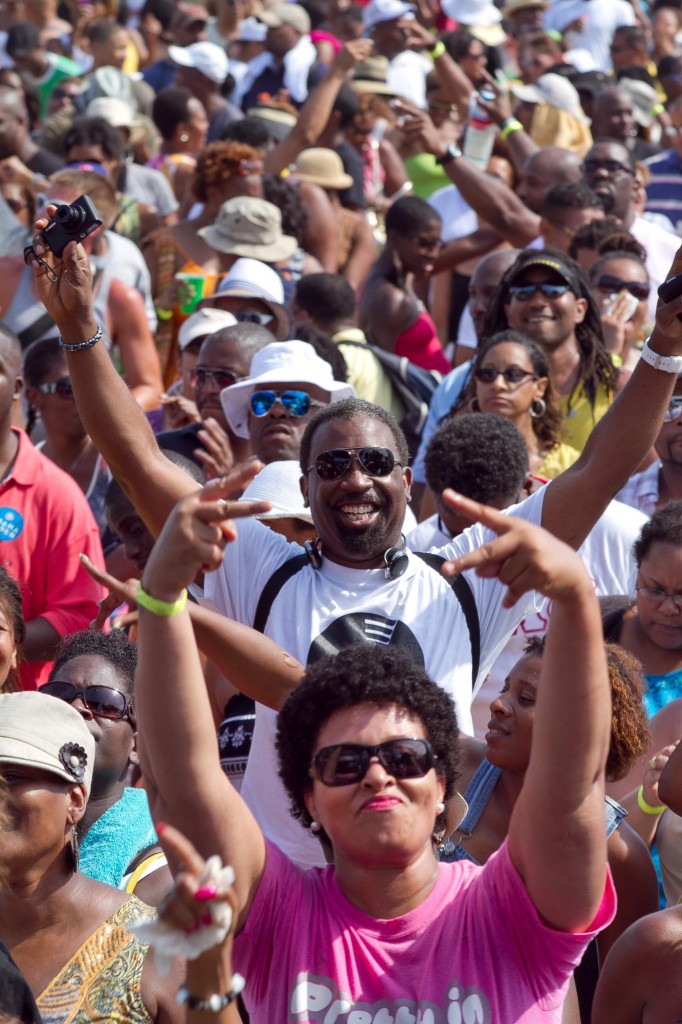 
I recently consulted Google with the search term “Neighborhood Festival Capital of the World” to see if such an accolade existed. If it did, surely it would be awarded to Chicago, right? What other city can literally boast at least one (but more than likely more than one) neighborhood festival every weekend of the year from May to August? It’s no surprise that we do summer festivals right in the Windy City; it’s our reward for enduring our cloistered winter existence for four to six months out of the year.

However, it’s nearly impossible for one person in Chicago to experience all that Chicago has to offer in the way of neighborhood fests, and while some festivals are institutions (Northcenter Ribfest, Printers Row Lit Fest, Northalsted Market Days, West Fest, the list goes on) a few newer, under-recognized, and just plain under-loved fests get lost in the crowd.

The Chicago Green Music Fest  (June 21 and 22, Damen and North) tends to fly under the radar of the other Wicker Park/Bucktown festivals, perhaps because it takes place in June, before festival season truly hits its stride after the Fourth of July. But I suspect that it may be due to some misconceptions about the kind of festival it actually is. Admittedly, “Green Music Fest” evokes images of a jam band-and-kombucha kind of environment—which is fine, of course, if you’re into that, but not necessarily everyone’s scene. But being Wicker Park-based, the Green Music Fest lineup here is decidedly indie-rock focused, and the vibe is pretty urban. Compared to Wicker Park Fest, the crowds are manageable, if a bit young, and the food is pretty good too,especially if you’re veggie-inclined. This year, Guided By Voices, Bobby Bare Jr., Moon Taxi, and the Features headline the fest. But in  keeping with the festival’s eco-friendly focus, this year introduces a third, bicycle-powered music stage, with stationary bikes providing the juice for the featured bands’ gear.

Long before Spring Awakening, there was the Chosen Few Old School Reunion Picnic (July 5, Jackson Park, 63rd and Hayes). This yearly summer gathering of the city’s most dedicated Chicago house music fans has been going strong for nearly two and a half decades, and gets bigger and more anticipated each year. Even though the fest attracts tens of thousands of house-heads each year, it’s still surprisingly one of Chicago’s best-kept music festival secrets. While the July 5 picnic is the main event, don’t sleep on the myriad pre-parties, after-parties and satellite events that go on for the entire weekend.

The Roscoe Village Burger Fest (July 12 and 13, Belmont and Damen) is eight years old, and came around at the time that Chicago’s fancy burger fixation kicked off. Chicago has long moved on from that and is currently knee-deep in a fried-chicken trend, so I wouldn’t be surprised if we see a fried-chicken fest next year. In the meantime, at the Roscoe Village Burger Fest we all know what’s boss. This is not the place to go to sample “destination” burger spots like Kuma’s or Lockdown, as they don’t participate, but if you’ve never had the opportunity to try popular neighborhood burger spots like Butcher and the Burger or DMK Burger Bar, this is an excellent time to give them a try. Music-wise, the lineup here tends to be more of a nostalgia fest, and not the place to go for anything cutting-edge, but if you’re going to a burger fest to get into new bands you have extremely skewed priorities.

Slow & Low: Chicago Community Low Rider (August 10, Chicago Urban Art Society, 600 West Cermak) is a newer addition to the festival scene here in Chicago, celebrating its fourth year. A Pilsen-based festival of Lowrider culture founded by the Chicago Urban Art Society, Slow and Low brings together the car and bike club community from all over the Midwest for a day-long, family-friendly celebration. It’s part car show, part arts and craft showcase that features music, Latin dance and visual arts, and a wonderful opportunity for chronic North-siders to expand their horizon a bit.

At the time of this writing, there’s been no official announcement on the date or location of one of my favorite neighborhood festivals, the Chicago Korean Festival in Albany Park, which evolved from a low-key neighborhood block party to a multi-stage event (with B-Boys and K-Pop!) in recent years. However there’s a new addition to the neighborhood fest scene in that area that looks pretty promising. The Albany Park World Festival (scheduled for August 16 and 17 between Lawrence and North Kimball)and will feature local food vendors from the neighborhood, music and a carnival. I hope it stands up to my beloved Korean fest, but it will be great to have another festival that truly celebrates the ethnic and cultural diversity of the Chicago’s neighborhoods.