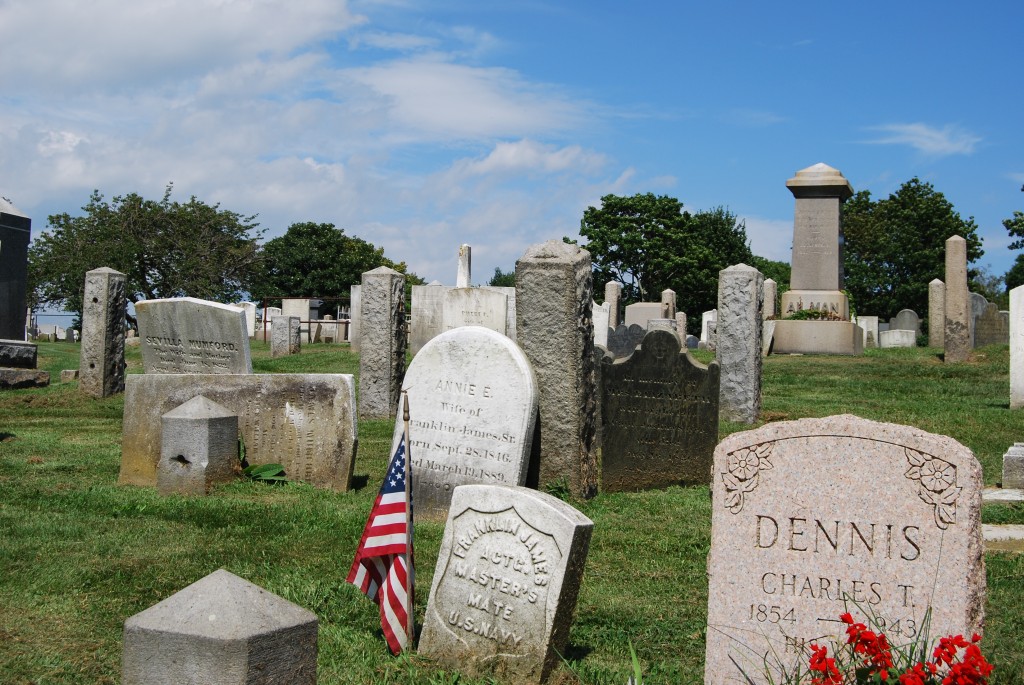 I desperately yanked on my weed whacker’s rip cord in a pathetic attempt to rev its internal mechanics. In between pulling the cord and pumping the rubber primer button, I’d quickly glance around the graveyard to see if the other guys were staring at me. My shoulder ached when I noticed Brooks making his way around granite markers and gravestones to reach me. I acted like I was inspecting the motor to appear competent. Brooks grabbed the weed whacker out of my hands and, without uttering a word, pulled the cord in a rapid succession until it wheezed itself stable. Only my first day on the job and any hope of conveying an outdoorsy manliness floundered off into my weed whacker’s smoke plumes.

It was the summer of 2009 when I started working for the St. Charles Cemetery District. Weaving in between headstones on a riding lawn mower, whipping overgrown grass into submission and trimming unruly hedges certainly wasn’t on my list of possible job preferences. But when a mutual friend and nephew of the cemetery superintendent told me he was leaving and there’d be an opening on maintenance crew, I lazily took the platter-served employment offer.

The cemetery had two lots which stood on opposite sides of Bennett Street. My fellow groundskeeper, ironically also named Pat, maneuvered the Gator (a four-wheeled utility vehicle) toward the second lot as our edgers, gas cans, and pebbles of dirt bounce around in the bed.  Pat wore a construction-orange t-shirt with the sleeves cut off and his short blond hair stuck straight up in a flattop fashion. He smoked Camel Crushes, the gimmicky cigarettes targeted toward teens, with a tiny plastic ball encapsulating a mentholated liquid that, when crushed, transforms your regular cigarette into one of menthol flavor. I asked Pat if he was from St. Charles and how long he’d been working at the cemetery. Staring straight ahead disinterestedly, he said in a short breath, “Yeah.”

He must not have heard my second question. “And how long have you worked here?” I repeated.

“’Bout six years.” Then silence. I shrugged and adjusted my neon green sunglasses.

We’d finished trimming the perimeter of nearly every gravestone in the second lot, but not without my toes pulsating from the multiple accidental whippings I inflicted upon myself. From my knees down, the faded blue of my Levis were densely camouflaged with moist grass clippings. I’d been holding onto the weed whacker for so long that my left hand remained in a position of an eternal grasp. A claw of sorts. My finger muscles felt as if my hand was riddled with arthritis. Ignoring it, Pat and I loaded up the Gator and gassed it back to the garage. Pulling up, I noticed everybody sitting around a table munching away at bags of Arby’s beef-and-cheddars while smirking at an episode of “Married with Children.” My boss Roger leaned back with an amused expression on his face as if thinking, “Look at what that Al Bundy’s gotten himself into this time.”

His mustache and meticulous side-part appeared militant and orderly. While hanging up my weed whacker I noticed a disfigured black action figure dangling over the work bench next to the screwdrivers. Twine was wrapped around his plastic neck and he simply hung there. Weeks later I’d overhear Roger referring to President Obama as a “coon.” I mentioned this horrendous racism to the mutual friend who had gotten me the job. He laughed and said, “Yeah I know, it’s fucked up.”

The grass turned a pale yellow in the late July sun as billowy cumulus clouds floated overhead. A funeral service was happening out in the center of the cemetery. During the services, Roger prefers that we stay out of sight. It makes perfect sense. If I was lowering a beloved person into the ground and witnessed a graveyard maintenance crew zipping around in a Gator, I’d be disgusted at their impudence. While we waited for the service to end, another fellow I work with named Charlie started telling me about how he takes some of the leftover service flowers home. Not wanting to display my outright disdain for his actions, because after all Charlie is quite built in the upper body region with giant tribal tattoos, I said, “Oh?”

Stealing flowers from the dead, there’s definitely consequences for that. The crowd of mourners dressed in black surrounding the funeral succession gradually petered out. I helped Pat shovel dirt into the bed of the Gator. In an abrasive sarcastic tone, Pat said, “What? That’s all you can pick up?”

September was approaching and the grass grew less. Thankfully, my assistance was never needed again for another burial. It was nearing 3pm while Pat and I aimlessly weed-whipped a barren dusty region of the graveyard. Most of the markers and gravestones were surrounded by dirt and didn’t need any tightening up. Pat looked over at me with a slight smirk that translated to, “I know, this is completely unnecessary but work’s almost over, so let’s play the part.” After we finished whipping dirt about the area, Pat took a seat on the Gator and kicked his legs up on the dashboard. I followed his lead as we both lit a smoke.

“Have you ever buried anyone you knew?” I said.

A brief moment went by while he took a deep drag from his cigarette.