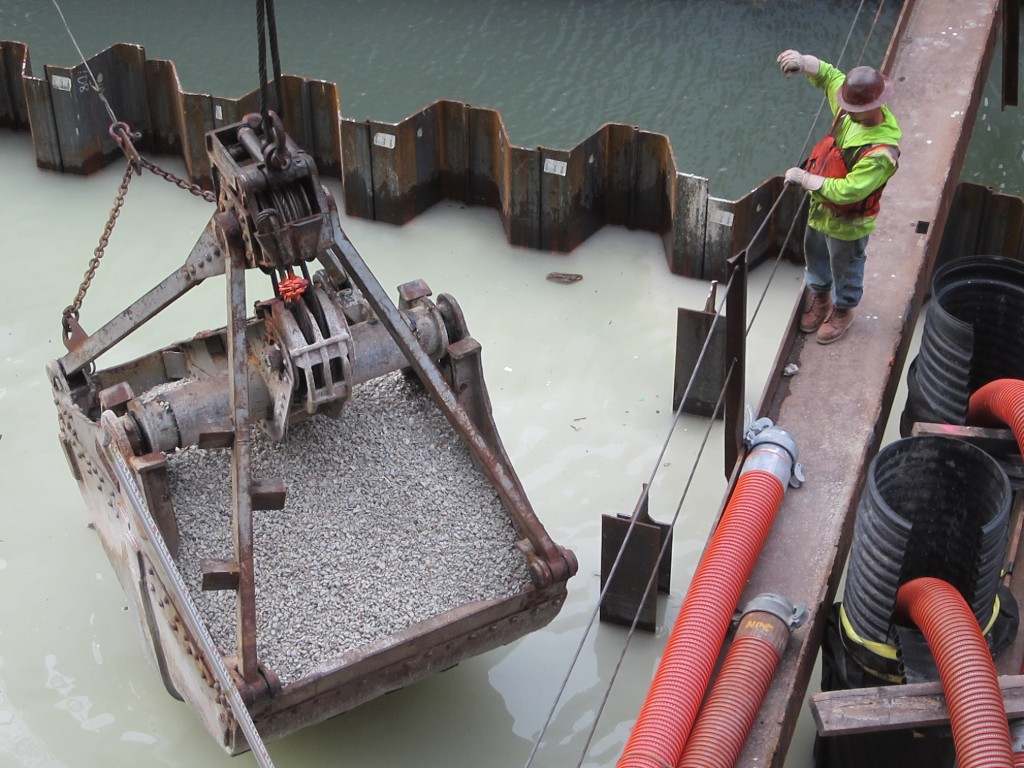 If 2013 was Chicago’s Long, Hot Summer of Transportation, then 2014 is the Summer of the Big Projects. Last year featured well-publicized game changers like the South Red Line rehab and the Divvy bike-share launch, but this year’s initiatives might not be so obvious to casual observers. That’s partly due to the changing of the guard at the Chicago Department of Transportation.

After forward-thinking, sharp-dressed commissioner Gabe Klein stepped down in November, he was replaced by the CTA’s head planner, Rebekah Scheinfeld, who’s only the second female chief in CDOT history. While her management and sartorial style is lower key than Klein’s, she’s no less progressive. “A lot got kicked off in the last two-and-a-half years,” she recently told me. “My goal is to continue that momentum, to make sure that we are bringing these projects in on time and on budget.”

One planned initiative whose future is somewhat beyond Scheinfeld’s control is the expansion of Divvy from its current 300 docking stations to 475. In January, Montreal-based Bixi, which provides the bikes and stations for the system, declared bankruptcy, putting the supply chain in jeopardy. However, Alta Bicycle Share, which runs Divvy for CDOT, is looking into alternative suppliers in case Bixi goes belly-up, and Scheinfeld says she expects the city will meet its expansion goals this year.

CDOT is currently moving forward with Rahm Emanuel’s plan to build 100 miles of buffered and protected bike lanes within his first term. As of this spring, Chicago had about thirty-one miles of buffered lanes and roughly seventeen miles of protected lanes, by the Active Transportation Alliance’s count. The city has announced plans to install five more miles of PBLs this summer on Broadway (Montrose to Foster), Harrison (Desplaines to Wabash), and Lake (Austin to Central Park). Fifteen miles of new buffered lanes are planned, and new bikeways on Clybourn, Kedzie, Leland and Randolph may also get built this year.

The Navy Pier Flyover, a series of sixteen-foot-wide ramps and bridges, will solve the problem of the dangerous bottleneck at the center of the 18.5-mile Lakefront Trail. At $60 million, mostly federally funded, and featuring Cadillac-level infrastructure, it will be the most expensive single bike project in Illinois history and a symbol of Chicago’s commitment to better cycling. Construction started in March, but it won’t wrap up until 2018.

Another massive infrastructure project that’s in the thick of construction is the long-awaited Bloomingdale Trail, aka The 606. Since the nineties, Northwest Side residents have lobbied the city to convert the Bloomingdale rail line into a 2.7-mile elevated greenway and linear park, and now their dream is finally coming true. The basic trail, slated to open this fall, will cost about $54 million, largely bankrolled with federal dollars. Project manager the Trust for Public Land is working on raising an additional $40-$50 million to pay for building parks at the access points, plus enhancements like playgrounds, landscaping and art.

CDOT is handling the construction for several of the CTA’s major station projects. A new $50 million Green Line station at Cermak will serve McCormick Place and the rest of the burgeoning South Loop. Scheduled to open by the end of the year, this stop will feature a platform encircled by a green-and-gray, steel-and-glass canopy.

Meanwhile, a planned “superstation” at Washington and Wabash promises to be the most attractive in the system. This $75 million project, designed by Teng + Associates, will replace existing stops at Randolph and Madison, which date back to 1876. The platform’s dramatic, undulating canopies will resemble a ribcage, which is sure to remind people of Santiago Calatrava’s skeletal design for the Milwaukee Art Museum. Work should start this fall.

CDOT is also collaborating with the CTA on upcoming bus rapid transit projects. The transportation department plans to start building the $32 million Central Loop BRT corridor later this year, with service launching in 2015. The system will run between Union Station and Navy Pier, including dedicated bus lanes on Canal, Clinton, Washington and Madison, as well as a new transit center next to the train station. However, the planned timeline may be a bit optimistic. The city is still discussing the design with downtown property and business owners, who have kvetched that creating dedicated bus lanes will slow car traffic, and that the extra-large bus shelters will obscure their storefronts.

If you want to check out a truly impressive CDOT initiative, drop by the south bank of the river at State, where crews are building the $100 million Chicago Riverwalk extension. Along with the Bloomingdale Trail, this marquee project promises to be Emanuel’s answer to Richard M. Daley’s Millennium Park. This new segment will extend to Lake Street, incorporating six themed sections delineated by the river bridges. The sections will range from “The Jetty” fishing area to “The Cove” kayak dock to “The Swimming Hole” water play zone. The first three blocks should open next year, and the last three should be completed in 2016.

As you observe the action from Wacker, it’s mesmerizing to see towering cranes on barges driving long pilings and dropping huge loads of gravel to widen the shoreline. It’s also fun to watch adult spectators getting as stoked about the heavy equipment as little kids.