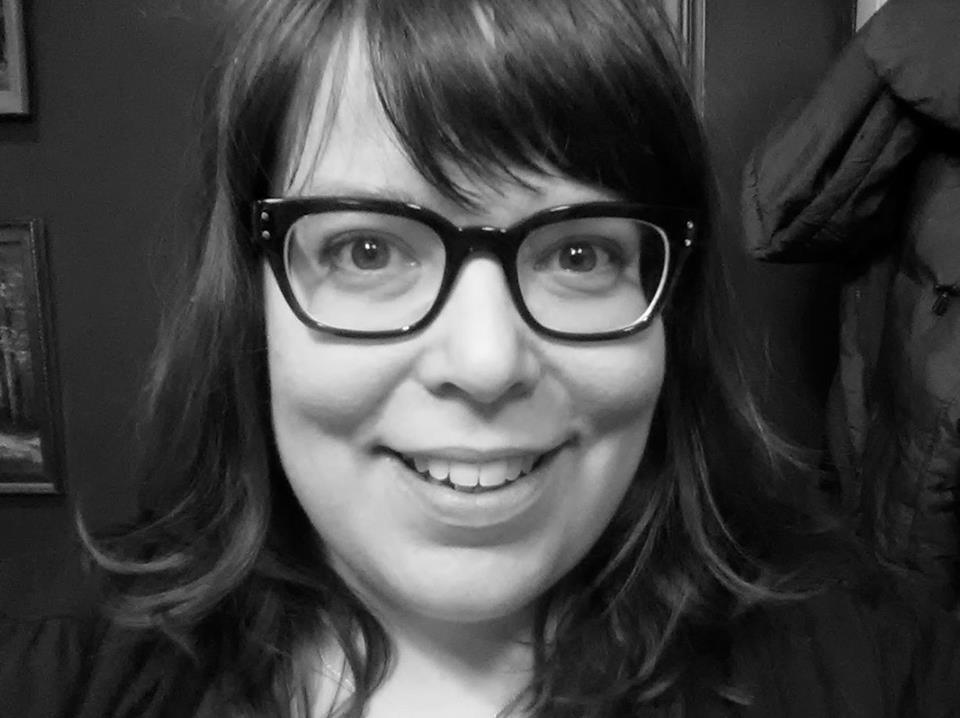 In Baltimore, look for a girl with blue hair in a Batman t-shirt. In Washington DC, find the red balloon at the coffee shop. In London, seek out the table with the Cthulhu plushie perched on the edge. You’ve found the Awkward Army.

These are fans of massively popular advice blog Captain Awkward, and they are meeting up worldwide. The Captain herself, Chicago-based filmmaker Jennifer Peepas, never expected such an active global audience. Today, self-proclaimed “Awkwarders” plan meet-ups in coffee shops and ice cream parlors from Boston to Tokyo, gathering with coloring books or knitting projects or stacks of fiction and graphic novels for impromptu book clubs—essentially, getting together to just hang out.

When Peepas first launched Captain Awkward in January 2011, she just hoped she’d have enough readers to never have to fabricate a reader question herself. Now, she gets so many emails that she can’t answer all of them. At the end of 2013, Captain Awkward’s page views hovered just under eleven million. As of March 2014, 557 reader questions have been answered. (Everything from “How do I deal with my abusive family” to “My crush might be a furry.”) Posts garner hundreds of comments with readers’ advice and stories (and tangents about books, TV shows, vacation plans and any other topic). The most dedicated Awkwarders even started a fan-run forum, Friends of Captain Awkward, to keep up with conversations off comment threads.

The site itself is unassuming—an unpolished blue header with white text, posts studded with geek-inspired reaction images culled from “Doctor Who” and “Buffy the Vampire Slayer.” So what is it about Captain Awkward that inspires such active global enthusiasm?

Peepas thanks the narrative form of advice columns, which serve as perfect micro-stories to engage with readers. “You have characters, you have heroes, you have villains, you have conflict,” she says. “You have somebody that wants something, and that’s compelling.”

Before the blog, Peepas was an avid reader of advice columns herself, from enthusiastic support of The Rumpus’ Dear Sugar to a side eye at Slate’s conservative Dear Prudence, mining them for film-script inspiration. Her job as a film instructor at Columbia College Chicago inspired her to start polishing her advice-giving skills. When students came to her with peer issues, she helped them work out their arguments with words. “I started working with my students on some script stuff,” she says. “‘You’re stressing me out. You’re making me anxious about a thing that’s already hard. Can you please do X, Y and Z?’” 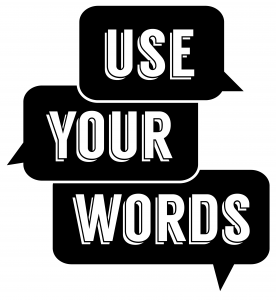 That same script format became a popular feature on the blog, with Peepas crafting one side of a dialogue for readers dealing with everything from over-chatty coworkers to racist family members. It also became the philosophy behind Captain Awkward, the tagline on the website’s homepage: “Use Your Words.”

When the post “My friend group has a case of the Creepy Guy. How do we clear that up?” went viral in 2012, Peepas watched her page hits jump from the thousands to over a million. Her stark response about male entitlement and rape culture attracted a huge audience—even getting linked by CNN.

“That one is the most commented and linked and hotly debated by men’s rights activists,” says Peepas.

That post caught the attention of Chicagoan Dana Simpson, who comments under the handle Digital Tart. “Along with a lot of other people, I found the Creeper post,” remembers Simpson. “And then I read the entire archive.”

Simpson soon got interested in planning a Chicago meet-up. The first meet-up was a Boston ice cream social in July 2012, and from there Awkwarders started gathering across the globe. Ironically, given the blog’s global success, Chicago Meet-Ups have been slow to get off the ground.

In the world where job recruiters schedule Skype interviews and married couples thank OKCupid, meeting up with online buddies is nothing new. Peepas reminisces about friendships she forged on LiveJournal and The Straight Dope message boards, and even met her boyfriend and several best friends online. The impressive thing about Captain Awkward Meet-Ups, though, is that they are entirely fan-prompted and fan-supported.

The meet-up rules are pretty simple: Anyone can organize a gathering in a public, affordable, accessible location. They don’t need to check in with Peepas, though they can email her info to advertise on the blog. These days, most people use the Friends of Captain Awkward forum to connect with other fans and set the perfect times to meet. This grassroots approach puts the community directly in the hands of the readers, who take to their responsibility with aplomb.

On the day of her meet-up last January, Simpson grabbed a table at Dollop Coffee Shop in Uptown and waited with a sign that read “The Awkward Table.” The ensuing gathering was small—only five people—but the entire interaction left her optimistic. They didn’t just talk about their interactions with the blog. They talked about the books they were reading and the things they had in common. Simpson felt so good about the event that she hopes to start planning monthly Chicago Meet-Ups.

“The readers and commenters and forum-goers that [The Captain] tends to attract are very socially conscious people,” says Simpson. “I think they’re actively attempting to make the world a better place.”

When American biologist and blogger Elodie Under Glass (who requested to be identified only by her handle) moved to Bristol, UK, she dealt with some expat loneliness. After connecting with a Bristol-based commenter on Captain Awkward, she helped set up one of the first European meet-ups.

“I remember being surprised and delighted by how many fans of an American advice blog lived within walking distance of my house,” she says. “It made Bristol, England and the world seem incredibly friendly and small.”

Meet-ups of upwards of twenty people now meet regularly in Bristol and London. Some meet-ups even have themes, like the most recent Bristol Meet-Up: Things We’re Proud of Accomplishing.

“People brought knitting projects, an excellent handmade hat, pieces of writing, reconstructions of Anglo-Saxon clothing,” lists Elodie. “I brought my knitting and my lap harp, which I offered round for everyone to play.”

Awkwarders can be, well, a little awkward. For anyone with social anxiety or introverted tendencies, meet-ups become a continuation of the safe space begun in the blog comments and the forum.

“We have some loose rules about how you treat each other that carry over into the meet-ups,” says Peepas. “If you’re nervous about going to an event where you don’t know anyone, you can at least feel comfortable that everyone is working from that same script about how we treat our fellow humans.”

Part of that script comes from a list of in-jokes and references so involved that fans have compiled a Captain Awkward glossary. Newcomers learn the following: A Darth Vader boyfriend/girlfriend is someone who drains the life out of their partner while keeping a mysterious hold on their affection. A FEELINGSBOMB is an explosive, often devastating outpouring of emotion. An African Violet is a symbolic (most likely hypothetical) gift given to end a friendship. From the blog: “Please enjoy [this African Violet] in good health, and if you are having a problem or just want to chat, please call someone else from now on.”

Simpson looks at organizing meet-ups as a way to work on her social skills, too. “I’m a very introverted person, and not inclined to organizing large groups of people,” she says. “It was something done to push my comfort zone.”

Elodie also admits to being much quieter in real life than on the comment threads, but she always looks forward to meeting up with the Awkward community. In fact, she and her husband live on a boat, and dream of one day touring Britain’s waterways, planning meet-ups at every port. ”I’ve been in multiple internet communities where I met other participants in real life, but the Awkward community is definitely the largest and most diverse,” she says.

Peepas’ ultimate plan is to execute some sort of weekend-long convention, likely here in Chicago. “With tables for people who want to play board games or just color quietly together, karaoke, readings of awkward tales, music, pitches of creative projects for possible collaboration,” she lists on the blog. “We need a wealthy benefactor, obviously!”

Ultimately, whether people are posting on message boards or meeting at coffee shops, the results are the same: shared passions, enthusiastic discourse, support systems—in short, human connections. When Peepas first found narrative inspiration in the advice column’s narrative format of villains, victors, conflicts and motives, she overlooked one important component—a community ready and willing to help.

“People are telling painful stories and they’re getting immediate feedback from people—you are not alone,” says Peepas. “That’s one of the most unexpected things from when I started writing, but one of the things that makes the community very strong.”