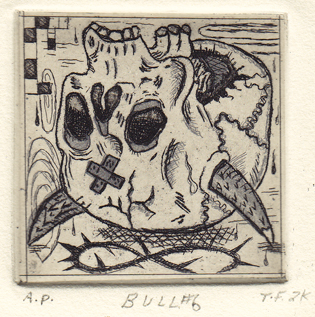 There is a bitter, humorless irony in the  wake of Chicago’s bloodiest weekend this year. “Chicagoland,” the  eight-hour  reach-around  CNN extended to Mayor Rahm Emanuel now appears to have gotten it wrong! The little man with the shiny shoes is beside himself with the Fourth of July weekend’s horrifying murder statistics: eighty-two people were shot. Fourteen of them died. The police shot a fourteen- and  sixteen-year-old and killed both of them.

As of this writing, the Illinois National Guard has boots on the ground in Chicago. Never mind that they are NOT supposed to police American citizens, but are a force for creating order in the event of a disaster. At this point, maybe we are a disaster.

You could have fooled me. A scant two months ago CNN had us believing the diminutive Emanuel was the best thing since  bubble tea, Divvy Bikes and Capri pants, and he and he alone would deliver us from all of our ills. He was the guy. Rahm charming school children. Rahm hugging people. Rahm giving sage advice to a young man, big-brother style. Jolly-Cholly Rahm. He was downright cuddly. Hell, I thought he and Garry McCarthy might spoon. It was like that part in “The Wizard of Oz,” you know: “Ding-dong, the witch is dead.”

Shortly after the TV show left town, the smug little tyrant, the vicious pint-sized troll who has to stand on a box to kick a duck in the ass? HE came back.

It seems he had some other things to do as well:

Somehow the truly grisly murder rate, twenty percent of our citizens living below the poverty line, the highest property taxes of almost any American city and potholes you can fall to your death in? Somehow, none of this could burnish off  the veneer  of bullshit that somehow Emanuel had transformed the city. He hasn’t. It is an angrier place and much less fun under Emanuel. The division of have and have not has never been more glaring.

If you are a child of color: 1) You are more likely to get murdered than you would be as a member of the armed forces; 2) Only forty-four percent of your class will graduate from high school (there is a thirty-six percent gap between you and white students); and 3) According to Black Youth Project, unemployment among African-American male teenagers is a whopping ninety-two percent in the city of Chicago.

Not that the $8.25/hour minimum wage is any great incentive and, to his credit, Emanuel has championed a significant increase in the minimum wage to $13.50/hour—not a living wage by any means, but an improvement over what we have.

It is unfathomable to me that we, as a city cannot see that the only silver bullet for these sad statistics are jobs and education—and let’s  prioritize this order: Education. Jobs.

This is what is needed for “our children,” Mr. Mayor. Instead of fucking around with trivialities like the Star Wars Museum, get to the business of serving this city and its people. That’s right serving the citizenry. From time to time one needs to remind this mayor that he is a public servant. I’m always amazed when watching Emanuel’s endless churlishness with the press, or anyone else who deigns to ask him a question he doesn’t like or suggest that he has a measure of accountability regarding the life and death of this city’s children.

How to pay for it? Create an investment opportunity for the  average citizen. Create and sell a bond that invests in the City of Chicago. It’s easy—like a CD, you buy one for 100, 250 or 500 dollars, you hang on to it for ten years—it pays six percent interest. You hang on to it for twenty years, it pays twelve percent. You provide oversight with the Northern Trust or one of the other banks that didn’t need the bailout, and you put this money to work, with the best financial minds who will find the right interest-bearing instruments pro bono. It may sound unconventional, but bankers I know tell me it could work. Let’s put it this way: I would buy these. These could be a transformative act of citizenship.

Earmark them for education—only education. It would fly. Unlike shares in a stock, you can sell as many as you want—the more the merrier. Just an idea. And before you discount it, run it by the bean counters. And then tell people, with all of the earnestness that you can muster, that this is an investment in hope.