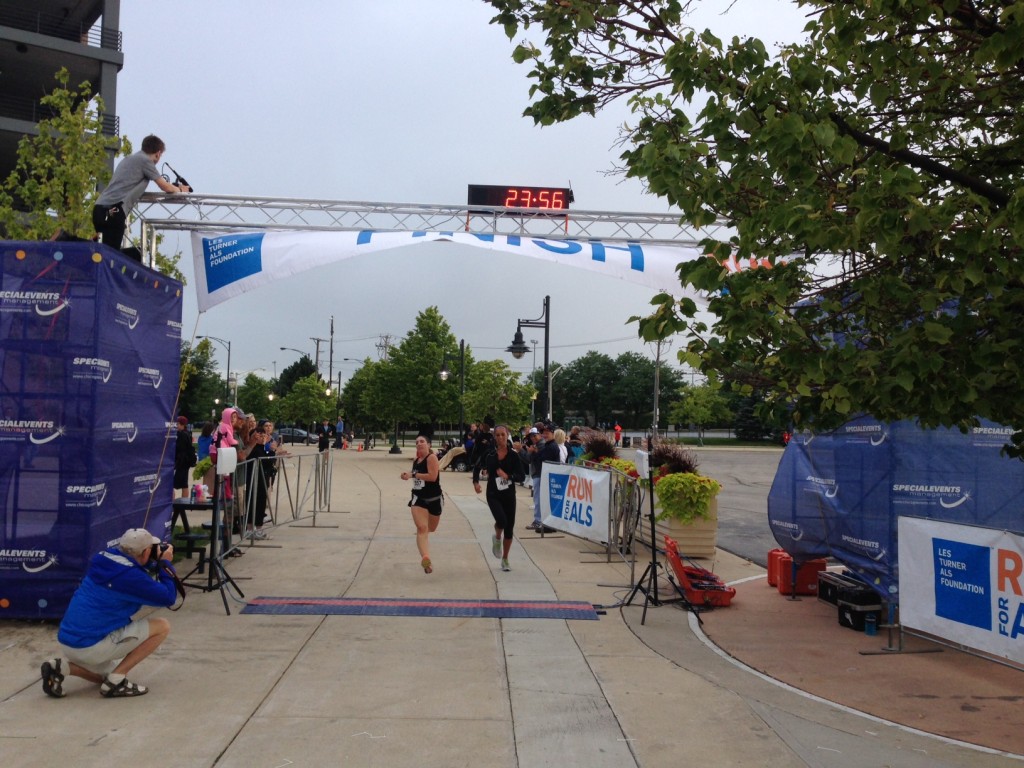 Breakdown:  What a difference a year makes. Last summer the temperature during the Strike Out ALS 5K hovered in the high nineties with nary a cloud to be seen. Last night, runners experienced comfortable fall weather with temperatures in the low sixties and some light rain. And any runner will tell you that the latter is much preferred.

And organizers are lucky the weather was so forgiving as they switched up the course for this fifth annual event to include more time outside; rather than ending the race at home plate after a journey through the bowels of U.S. Cellular Field, the new course spent a bit more time in the parking lot and worked in a full loop around the warning track, cutting out the lengthy tour of the stadium’s tunnel system.

Timed to coincide with the All-Star Game, the post-race party includes a viewing of the game on multiple screens with beer and baseball food for purchase. It’s a race with a moving mission—many of the participants have a direct connection to ALS (aka Lou Gehrig’s Disease) and are there more for the fundraising than the running—but organizers manage to target both audiences. And it never hurts to have a course that lets the average Joe (or Josephine) experience a baseball field from the perspective of a professional player.

Price: $40 pre-race, $50 race day
Course: While the majority of this course is run through twists and turns in the expansive parking lots surrounding U.S. Cellular Field, the lap around the warning track is a unique and impressive experience.
Organization (gear check, etc.): The stage used for both pre-race announcements and post-race music was hidden away in a corner, too far from the starting line for runners to hear beforehand and too far from the televisions for All-Star Game watchers to simultaneously enjoy the music. Otherwise, things were well-planned and smoothly run.
Goodie Bag (includes shirt): The light blue running shirt wasn’t updated much from last year’s offering and could use some re-imagining.
Weather: Temperatures in the low sixties with occasional showers. Ideal temperature-wise, as long as you avoided most of the heavier rain. (Zach Freeman)