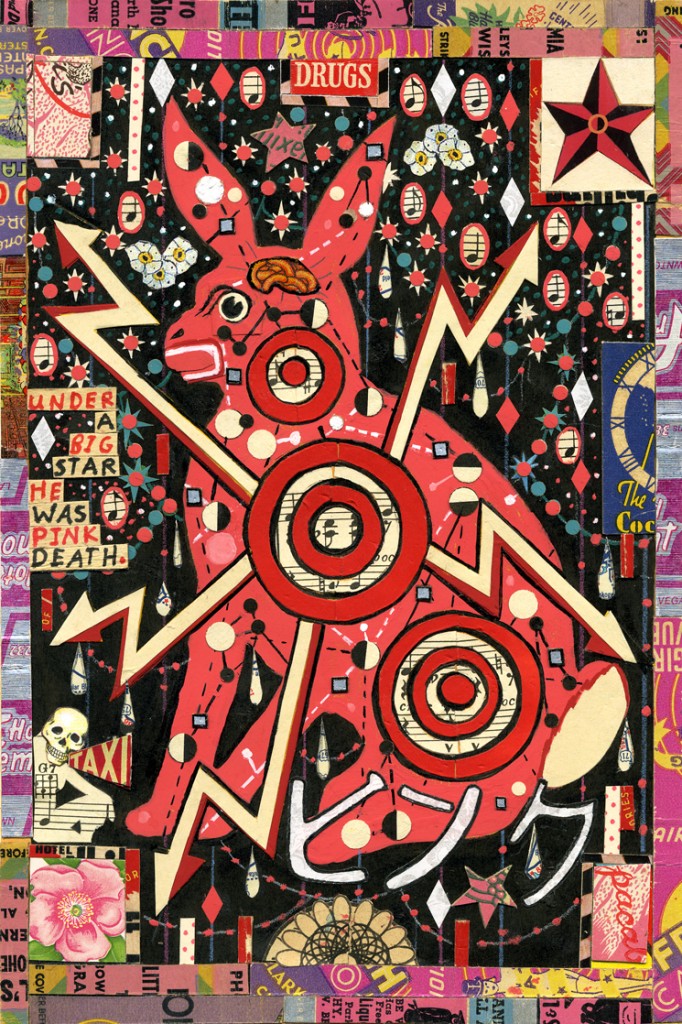 My pal Penn Jillette once owned a vehicle named Pink Death. It was a Ford Bronco painted a color Penn invented, called “Stripper Inner Labia Pink.”  So candy-colored pink was this car, that the guy at the body shop made Penn stand there and watch as they gave his formerly butch truck something like a hundred coats to get it the right blush of “Inner Labia Pink,” which is, “Stripper.” There is actually a paint-chip named Stripper.

Damn I love this country.

I spent a week zipping around Vegas with Penn on assignment from Playboy and it was a holy hoot watching people’s reactions to Pink Death. It were as if the goddamn thing were radioactive. Even twenty years ago in Vegas this was regarded as weird.

Penn is full of funny traits and quirky observations; one of the benefits of being his friend is, though we are polar opposites in some of our political beliefs, we never fail to crack each other up. He is also one of the smartest people I’ve ever known with a searching intellect and endlessly inquisitive mind that wants to know the nuances of every single thing that interests him.

For years, Penn and Teller have had a bit where a rabbit winds up in a chipper and for years, Penn convinced me that they actually just threw the fucking rabbit into the chipper.  “Rabbits are CHEAP,” Penn would explain, and I believed him. That’s a bad habit of mine; believing Penn when he’s pulling my joint.

He once staged an elaborate subterfuge to get me to believe that everyone we knew got a discount from Federal Express, except me. He surreptitiously emailed all of my friends to get them to go along with the gag and I believed them.

So, like an asshole, I called FedEx and asked them if they thought I was a fucking mark. I told them that I used FedEx almost everyday and that I should get the discount that my friends enjoy.

They asked me what I was referring to. That while they valued my business, their rates were their rates and everyone paid the same. I told them I wasn’t some douche-bag or a mark; that I knew how this game was played and I wanted in on the discount, and to quit working my stick.

The woman, Nora, assured me that there was no secret discount and that I was mistaken, which just infuriated me. I started yelling, “I’m not a sucker, lady. I’m not some fucking hick you can jerk-off like Dickie Dope. I’m not a mark.” And I added “Now don’t fuck around with me Nora. I’m in no mood!”

She asked me who told me this and I said all of my friends had told me, in fact, Penn…

Then I got it. I swear I could hear him laughing his Newfie ass off all the way from Vegas.

The “Tony Called FedEx” story was born and all of my friends know it. And at every opportunity Penn relates it, with great relish and much embroidery to entertain all who are present, including me—the Sap who called FedEx.

I used to draw rabbits for my mother. As a kid, my sisters had them as pets and they got huge. They were also not as gentle as you might think. I saw one of our bunnies kick the holy dog-shit out of a wild rabbit that had come into the yard and attempted to eat some of his food. They’re nasty little fuckers and territorial as hell. Whenever I felt the need to get out of the doghouse with my mom, I’d draw her a rabbit or a bird and she would then become convinced of my better side long enough to get me out of the house and back on the street with my friends. I was good at charming my mother. I once sold her a baggie full of Cheerios by telling her they were “donut seeds.” She gave me a buck. Even I, as a child had some of the Penn Jillette carny-trash in me.

In the city where I live, you mostly see squirrels, though lately I’ve noticed a lot more rabbits. I like them. I love drawing their odd shape and when I spot one, the stillness of them is almost eerie. Often they freeze right in the middle of the road and get creamed, which is kind of a dumb-fuck way to get killed. At least squirrels run away.

I found out later that Penn and Teller don’t kill the rabbits—cheap or not, they actually treat them quite well. As Penn explained, “Hey, the little fuckers work six shows a week.”