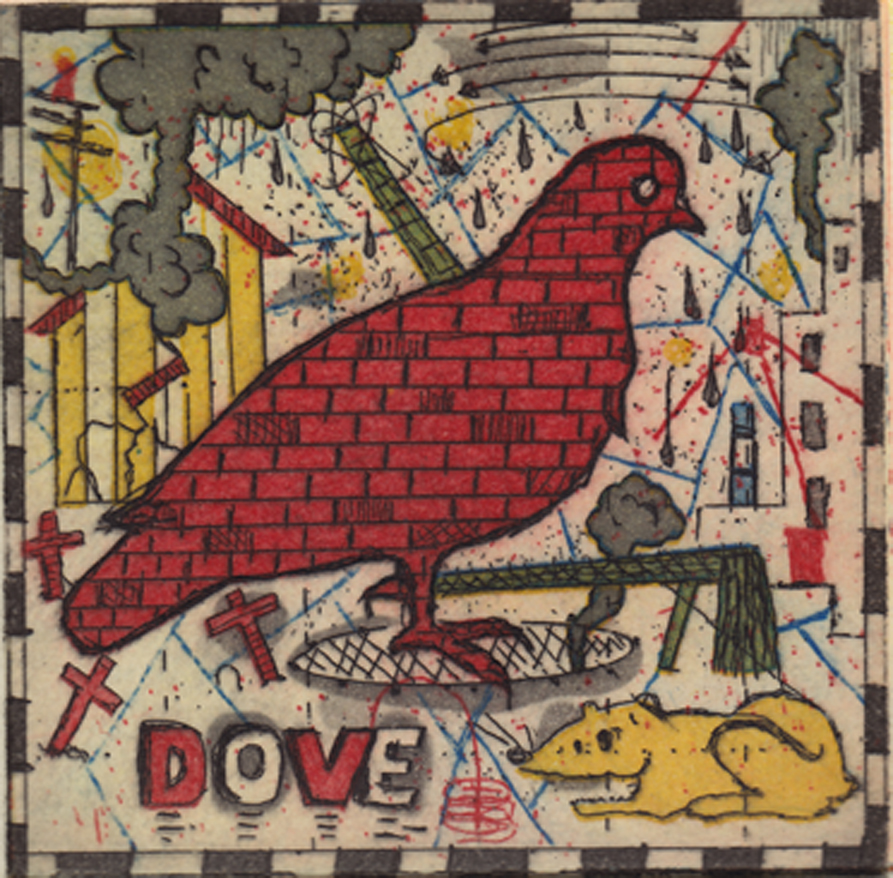 Something odd often happens in the toneless and contrarian public square of Facebook. In fact I shouldn’t say “odd” because it always happens. Express an opinion, a thought, an observation and the trolls come out—like gremlins barreling out of a psychic clown car, they come rolling out full of indignation and venom and the kind of puffery one can work up from behind the safety of a locked door and a computer screen. And they are ready to stack asses.

I’d been watching the sad, brutal footage from Gaza over the weekend and like everyone else was horrified at the sight of shroud after bloody shroud of Palestinian children being lined up like so much lumber. A skip down to CNN and I caught Benjamin Netanyahu admonishing Secretary of State John Kerry, “Not to ever second guess him again.”

This pissed me off. Kerry merely urged restraint and rightly criticized the brutality inflicted upon Palestinian non-combatants—mainly children. He was suggesting that Israel had made its point and called for a cease-fire. Netanyahu was offended and decided to bitch-slap Kerry on the world stage.

I wrote this on Facebook: “It’s time for Obama to call out Netanyahu for the Horror in Gaza… Secretary Kerry attempted to and was rebuffed…the carrot doesn’t work with this guy… time for the stick… .”

A shit-storm started immediately, and I was accused of every stripe of antisemitism. The tinfoil-hat brigade came out en masse and did their best  to cow me into a frothy hatred of all things Palestinian.

“Did I know that Hamas uses Palestinians for human shields?”

“Did I know Hamas hides among the Palestinian population?”

“Did I know Hamas wants to eradicate every Israeli from the face of the earth?”

The answer is yes. Hamas is comprised of murderous, sub-human thugs in a permanent state of  jihad. It is what they live for, the blood-tyranny of religious goofs who want to kill all who are unlike them for their imaginary friend in the sky.

Palestine did itself no favors when it elected Hamas into power in 2006—now they cannot get rid of them. And because of closed borders and no direct access to electricity, water or their own police force, Palestine is little more than an outdoor prison.

It makes one despair of the species.

Palestinians are caught between Hamas and Israel—one of the best armies on the planet. Palestine cannot control Hamas anymore than we can. Or Israel. One cannot orchestrate or predict the behavior of zealots, madmen or psychopaths.

What we can do is insist Israel and Palestine come to the table—in fact , insist that the U.N. recognize Palestine as a nation  and initiate peace talks and talk, and talk until the instinct for mutual destruction is negated. As long as they’re talking, they’re not shooting.

As Americans we should insist that our allies hold to a morally resonant policy regarding aggression. It is why they are our friends—because the nations we stand with hold themselves to a more rigorously humane code of conduct than our enemies—or should.

It’s also time to tell Israel that the tail doesn’t wag the dog. That when we ask them to cease fire, we fucking mean it. We’ve had their back since there was an Israel. Defy us again and we’ll pack up our circus and our monkeys and go home.

Israel, since its birth, has always had a big mean dog on a leash and at its disposal—and that dog is us. They are a small nation surrounded by enemies: It cannot be easy being a citizen of Israel and knowing this every day. It can also be of no comfort to carry the history of the Holocaust and other pogroms in one’s very blood. I wholly understand the need for eternal vigilance in the face of aggression. I also know that military movements that are proportional are the ones that draw the least ire in the court of world opinion.

That Netanyahu, and Sharon before him, were soldiers makes me uneasy. It makes me glad that America never elected John McCain president, a living anachronism of the last century who thought that warfare was man’s natural state.

I’m also made uneasy by what I encountered on Facebook—the paranoia. My friend Andrew Davis, a native Chicagoan of Jewish descent who happened to be in town last week and avoids Facebook for this very reason, is director of  films like “The Fugitive,” “The Package” and “Holes” is also appalled: “It’s insanity… Violence begets more violence. When we do this, we become our enemy. This truly saddens me.”

The idea that one cannot criticize Israel when it traffics in brutality is also aggravating. When they behave like monsters, they must be held to account. If  Netanyahu continues to trample human rights, drag his ass to the Hague and charge him with war crimes—and leave a chair for Bush and Cheney while you’re at it.

I wish there were a way to move Israel over here, and I’m not being merely glib; I realize that Jerusalem is the Holy Land and that in this part of the crazily religious world, geography is destiny. But at this point, there is not one religious monument, hunk of real estate or wall that is worth the sight of one more dead child.

BRAVO, BRAVO, BRAVO to Tony Fitzpatrick for writing this article. Not only was it brave of him to initially post his thoughts and comments on FaceBook regarding this highly volatile “situation” between the Palestinians and Israelis, but also to write the above article. I am SURE he has had a LOT of backlash and vitriolic comments. I applaud him for giving a voice to what many of us think, and most are afraid to say. AND the fact that neither I, he, nor “we” are in any way being “anti-Semitic”. For a long time, I have had the same sentiments… Read more »