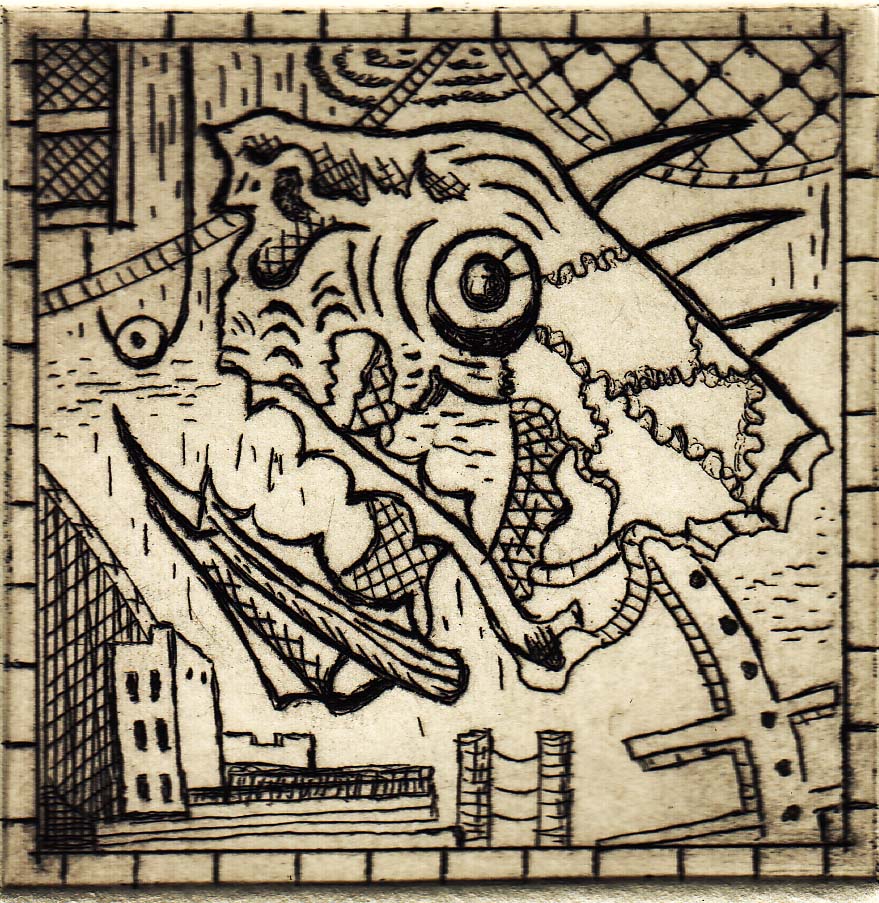 It isn’t hard to figure out where all of the dystopian entertainment is coming from lately. “The Leftovers”—based on Tom Perrotta’s novel of the same name and about a Rapture-like occurrence  that disappears about two percent of the population and leaves a befuddled, confused populace in its wake—is probably the smartest of them, but they are abundant. “The Strain,” “Lottery,” “The Last Ship”… it goes on and on. It seems there is some jack to be made on the end of the world, the end of times, the apocalypse—pick one. It seems everyone is ready to write our obit as a world. Hell, it’s a bumper industry.

It was the same thing with the end of the millennium—the Y2K idiocy—the first Rapture, comets, la-la-la. The Mayan calendar wanted to rip up our ticket in 2012 and Nostradamus is forever inspiring idiots to fashion their doom-and-gloom gibberish to be mouthed by the same gullible drool-cases who buy into the “Illuminati” wolf tickets. Hell when my daughter was talking about this in eighth grade, I thought she said the Lou Malnati’s was coming and I was going to get pizza. I was thrilled.

I don’t want to be a spoilsport and fuck up the end of the world for the morons. I enjoy a good “the-world-has-bitten-the-big-one” yarn as much as the next guy. Far be it from me to spoil the fun!

I loved “Mad Max” and “The Road Warrior” even better, especially the guy with the pink mohawk and the ass-less chaps. He was a stone murderous psycho. Hell even the new “Planet of the Apes” was great—THEY GAVE THE MONKEYS GUNS. And buddy, that leveled the playing field. The Apes stacked ass, and didn’t even bother taking names in this flick.

Still, there is an almost willing embrace of the nihilist narrative of late.

One of the “virtues” the creators of “The Leftovers” keep patting themselves on the back for in print is that people get past their curiosity about why their loved ones have vanished. Fair enough. To the point of “they don’t really care why anymore”—this is a little harder to swallow. As Americans we always need to know, often to our own detriment.

After every catastrophic loss in our history we’ve searched, parsed, examined and poured over every nuance of what has occurred; so often, and so exhaustively, we can no longer even agree upon what the evidence tells us.

Just consider things in the news.

It does not even matter the scale of the tragedy. Last week’s passing of Robin Williams—a sweet, gentle man who exuded nothing but decency and kindness—was fodder for the most base and callous kind of curiosity. The  comedian’s suicide provided our media, and our “need to know,” a cheap vacation in the misery of another human being. Every news outlet bringing their own funhouse mirror “perspective” to one family’s loss. The  moron Bill O’Reilly even suggested Williams’ “liberal politics” helped fuel his despair.

Witness the events of the last week in Ferguson Missouri, where an unarmed young black man was shot six times by the police. Michael Brown’s execution points to a systemic failure endemic to all of America about race and class that we all thought was in the rear-view mirror. There is no “post-racial” America; these issues bedevil us still in the inequities of education, opportunity, jobs and skin privilege. This will not be solved any time soon as long as these chasms exist.

It’s also curious to note that the Tea Party and the NRA were nowhere to be found in the presence of real government incursion into the lives of American citizens. Compared to their bravado at Cliven Bundy’s hootenanny out west, somehow the presence of jack-booted thugs shooting rubber bullets and tear-gassing a largely black community did not register with their trenchantly held beliefs in our freedoms and rights. Maybe if the citizens of Ferguson all donned cowboy hats it’d be a different story.

Or consider the vile use of  journalist James Foley’s execution at the hands of ISIS animals—which is now viral—and serves a war-mongering agenda just a little too neatly. This can only inflame our worst instincts: to lure us into more aggression in Iraq will create, sadly, a thousand  more  James Foleys. A more ugly and brutal political snuff film does not exist. And when we follow the Fox News path to our darker desires for revenge and bloodlust? Those very things find us; sorting our hatreds.

It shouldn’t surprise us that our  entertainments have taken on a darkness. We seek it out. I know of  people who’ve expressed jealousy of the people who inhabit “Under the Dome” and wish they had their own dome full of their friends and mercifully free of those they find undesirable. I actually overheard this conversation between two teenage girls at Starbucks, and it was telling and, by turns, pretty goddamned funny. These two young ladies wanted to be “Under the Dome” with Idris Elba, Channing Tatum (whoever the fuck that is) and Joakim Noah. They also specified that they’d be happier if there were no “skinny bitches” allowed under their dome.

There is a reason we like horror and mayhem in our films. Shrinks will tell you it’s cathartic. More honest fans of this kind of entertainment—and I include myself—will tell you we just like seeing the bad guys get shit-hammered and justice prevail. Hell, it doesn’t even have to be the BAD guy. On “Game of Thrones” even the noble and kind-of-good get shanked with swords, or eyes gouged out, or hands cut off. Truthfully? these are things we wish we could do to the evil assholes in our world.

Really. If I thought I could kick Dick Cheney in the nuts and not spend the rest of my life in jail, let’s just say it would be a field goal. Think of the list of  evil dickheads the world could do without!

This is what the darker entertainments allow us to do, we have our petty revenge dramas and then they are nullified by the mundane tasks of living: having to walk the dog, or change the storm windows, or go about the business of just enjoying your life.

Do yourself a huge favor—turn the idiot-box off. Just unplug the TV for a week. It’s okay—the murder, mayhem and revenge-dramas will keep, fiction and nonfiction alike. And turn off the computer while you’re at it, and read a book. Talk to your neighbor. Play with your dog. Call your Mom. Go to see some music, or a ballgame. Read some poetry.

And remember what is good.