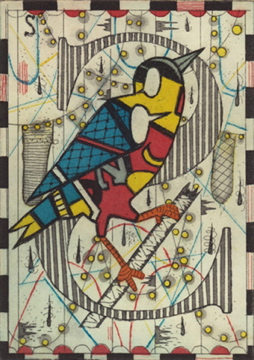 “Chicago is the greatest railway center in the United States. No one knows these facts better than the hobo. It is a fact that trains from all points of the compass are constantly entering and leaving the city over its 39 different railways. According to the Chicago City Manual, there are 2,840 miles of steam railways within the city limits. The mileage of steam railroad track in Chicago is equal to the entire railroad mileage in Switzerland and Belgium, and is greater than the steam railroad mileage found in each of the kingdoms of Denmark, Holland, Norway, and Portugal. Twenty-five through package cars leave Chicago every day for 18,000 shipping points in 44 states.” —”On Hobos and Homelessness” by Nels Anderson

Given that Chicago was the hub of the American railroad system, it’s not a surprise that the largest ‘”hobo jungles” were here. The area around North Dearborn Street (Washington Square–better known as Bughouse Square) was one of the safe harbors for itinerant men and women. In the years between 1900 and 1920, much was changing in American life and this part of the city, known then as “Tower Town” because of its proximity to the Water Tower, was known as a neighborhood of bars like the Dil Pickle Club, brothels and gambling dens. It was also the center of the newly realized avant-garde in Chicago. The nascent American art form of jazz could be found here. Although mostly on the South Side, it also had devotees among this crowd of free thinkers.

The historian Bill Savage informs me that all manner of thinkers inhabited Bughouse Square, a place where Carl Sandburg read his poetry, Dr. Ben Reitman treated hobos and hookers for the clap, and other luminaries like James Joyce, Yeats, Emma Goldman and John Reed spoke in favor of unionization. So Bughouse Square was more than a platform for political cranks, crack-pots and whack-jobs. It was a plein air marketplace for democracy and American ideas. Socialists, liberals, America-firsters, anarchists and those hung ( actually, legally lynched) for the Haymarket bombings were all habitués of Bughouse Square. It is where the term “soapbox” actually started; named for the platform whichever whack-job or organizer stood upon while addressing his “constituency.”

It was probably a hell of a lot more fun than Facebook or Twitter. It was a place where you had to disagree face to face and risk an ass-kicking for your principles.

It was a fascinating place where people of all beliefs workshopped ideas about freedom and democracy, and every idealistic faction was represented. When I was a kid, a ubiquitous nut named Lar Daly ran for everything from mayor to President in every election. He dressed up like Uncle Sam and was known as Lar “America First” Daly. He was the right-wing whack-job of his day and, well into the late sixties, railed about everything from repealing civil rights bills to outlawing mini-skirts. He was as entertaining as hell, though, with his bullhorn and sandwich board. It is no accident that his brand of politics had its roots in Bughouse Square—for me, he was the precursor to Fox News, back when those kind of politics were seen for the ass-clown dance that they are.

Almost every hobo jungle had an “A No.1,” a top dog, a mayor of sorts. His responsibility was to adjudicate disputes between hobos and provide a plan. He would also act as a mouthpiece for the community in dealing with cops, railroad dicks and other aggrieved parties. This guy was often a kind of royalty in places like Bughouse Square. There is a reason Studs Terkel had his ashes buried there. The next time you stop at the Newberry Library, and by all means do, look across that tiny park and just see if you don’t feel the ghosts.

Much of Hobo mythology of the American road revolves around card games. Wild Bill Hickok was shot playing poker. The hand he was holding—full house, aces over eights—is forever immortalized as a “Dead Man’s Hand.” The shooting of a card cheat in Steve Earle’s“Devil’s Right Hand,” happens when a friendly card game erupts into sudden violence. Card games are loaded with underpinnings of resentment, hope, suspicion, camaraderie and mistrust.

What amazes me is how games of chance cut across all classes and economic stations. My father used to tell me that “poker has nothing to do with luck, and everything to do with chance.” I never knew what that meant when I was a teenager, but I think I do now.

I used to play hold ’em once in a while with a bunch of guys who were all from different walks of life. It is not a good game for me because it requires patience, which is not my long suit. One of the regular players at this game was the now-retired Chicago alderman, Richard Mell, a legendary Chicago pol and the father-in-law of our former fuck-nuts governor, Rod Blagojevich.

Mell is an exquisite poker player. His face never betrays what he’s holding and he is as endlessly patient as an alligator waiting on the edge of a swamp. At the end of the night, he is always there. I imagine thirty-six years as a Chicago alderman taught him a thing or two about judicious gambling. He is viewed by some as a villain, by others, a stalwart crusader for his ward, and still others, a symbol of white racism for his opposition to Harold Washington. The truth is, he may be all of those things and none of them at the same time. He is a bit of a political sphinx in that you can never really tell what he will be interested in. He’s kept the press and his fellow politicians guessing for his tenure as alderman. He is not interested in money; he was already rich when he became alderman. He is also not as interested in power as one might think. He had many opportunities to seek higher office and didn’t. He is an enigmatic figure in Chicago politics in that he is not predictable in the least. He is the best natural poker player I’ve ever watched. At the end of the night, when it’s nut-cutting time, Mell was always still in the game.

Gambling was a big part of hobo culture. Any chance at bettering one’s lot was welcomed. Numbers, or “Policy” as it was called then, were the prayer-wheels of hobo aspiration. A great number of hobos settled around Las Vegas, before the boom of casinos, because of the legal gambling and sawdust joints (or “grind” joints) that had low-stakes poker and blackjack. It is the eternal optimist’s tramp-dream to “break the house’”and retire. Needless to say, this almost never happens.

Now it is the sad traipsing back and forth to buy lotto tickets—a sucker bet—sold to the people who can least afford them by the government. Or casinos plopped down in shit-holes like Hammond or Atlantic City; places where people have forgotten how to smile for all of the glitter, the sequins and the flashing lights.

It is for buses filled with old ladies with jars of quarters—and there is no kind of polish for these American dreams.