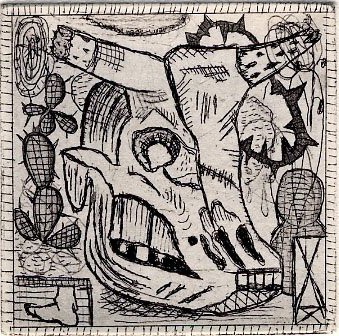 “There are nothing but murderers in this room…”
—John Rooney (Paul Newman) explaining just who they are in the world to Michael “The Angel of Death” Sullivan (Tom Hanks), in “The Road to Perdition”

There was a lot wrong with the movie “The Road to Perdition,” but not a damn thing wrong with “Road to Perdition,” the graphic novel by Max Allan Collins. It is a moody, poignant story of the love between father and son, the unforgiving nature of the Irish mob and the primacy of revenge among the Irish—and we are some vengeful motherfuckers.

The movie was far too long, but Jesus was it beautiful to look at, shot all over Chicago and Illinois, as well as bordering states. The Midwest has never looked more bucolic and heavenly than it does through the late, great Conrad Hall’s lens. Sadly, it was Hall’s last film—a noble effort by director Sam Mendes and actor Tom Hanks who, at his best in it, made you believe that he could be a remorseless murderer for hire. He was cast against type, to say the very least. Paul Newman gives what is to be his last film performance and it is a gem, a study in charm and stillness and Irish melancholy. The film is worth watching for his work alone.

But, above all, the thing it really has going for it is the story on which it’s based: Max Allan Collins’ graphic novel. Collins has written many, many novels, mostly in the crime genre. He also wrote Dick Tracy, the comic strip, which was how I became familiar with him. He is witty, he knows his history and is an incredibly canny and natural storyteller who is often filed under the genres of crime or pulp ghetto—which is a damn shame. The guy is just a terrific writer.

There is no shortage of murder in this story: in the rackets, in the 1920s, life was cheap. Irish mobsters would receive communion in the morning and kill competitors in the afternoon, before sitting down for dinner with the family and saying grace.

Chicago is a city of killers, and until Michael Jordan appeared in the eighties and nineties, our most celebrated personage was Al Capone. I used to love visiting foreign countries; upon hearing that I was from Chicago, people would form a finger-gun and yell “Chicago… Al Capone… bang-bang!” To which I’d usually reply, “Fucking-A right, Pierre. Now, grab my luggage.”

The local lore of killers and murderers is thick. From my own childhood, I remember the stories of Tony Spilotro, Billy Dauber, Felix “Milwaukee Phil” Alderisio, Harry Aleman, the Calabreses and the Toccos. In the sixties and seventies, the Chicago outfit was a free-for-all with many reports of torture and killing—and the press just ate it up. To this day in Chicago, anything mob-related sells newspapers; one need look no further than the recent “Family Secrets” trial, which laid bare whatever remaining mysteries were left in the lore of the Chicago outfit.

With the 1980s came RICO act enforcement, which, while barely meeting the definition of being constitutional, allowed the Feds to string all manner of mob activity together under a couple of very broad definitions of conspiracy in order that America be able to rid itself of the Mafia and organized crime. What you never hear about—at least out loud—is how many of the cases were overturned, mostly for being unconstitutional. The Feds even manufactured evidence to prove the connective tissue of one criminal enterprise to another, often breaking the law they swore to uphold in order to do so.

When I was still on the radio, every once in a while I’d interview the now-deceased Bill Roemer, the author of “Man Against the Mob.” Roemer was an FBI agent here in Chicago during the fifties and sixties and he told very funny stories about the local mobsters. He was often accused, by competing writers, of embellishing a bit when relating these tales, but the stories he’d tell me were things I heard other places as well, and I felt like he was on the up-and-up. This one floored me.

In the early 1960s, there was a Neanderthal of homicidal temperament named Sam DeStefano, better known as “Mad Sam DeStefano.” He was a torturer and sadist—the one fingered for the murder of a bookie named William “Action” Jackson. Jackson’s burned and beaten body was found in the trunk of a car on lower Wacker Drive in 1961. DeStefano had hung him from a meat-hook in a packing plant and tortured him with a blowtorch.

Sam DeStefano once suspected his wife of having an affair. One morning, he put on his coat and drove off, eventually pulling his car alongside an African-American man who was walking to work. He ordered the man into his car at gun-point and drove back home, where he had left his wife handcuffed to the furnace. Then he ordered his wife to perform oral sex on the man; she shakily complied, and the guy was scared out of his wits. When the act was over with, DeStefano released him and he went immediately to the police station, fearing that a different narrative would be manufactured and that he’d be arrested somehow.

The cops went to Mad Sam’s house and the wife denied everything, as did Sam, but they did notice burn marks around her wrists. Of course, she didn’t press charges—or want to. Wisely, she was more afraid of Mad Sam than she was of the cops.

One of the revelations of the “Family Secrets” trial was the complicity of the Chicago Police Department with the Mob, a collaboration that went back decades. The Mob had free reign because they basically owned the cops. This is one of the ongoing dramas of this city: The Killers. Now they come as fifteen-year-olds blasting away with 9-millimeter pistols they can barely lift—human casualties of the drug trade and our ongoing and fruitless War on Drugs.

Then, like now, the city gets just as many killers as it deserves.